Preview: U20 WWC arrives amid uncertainty 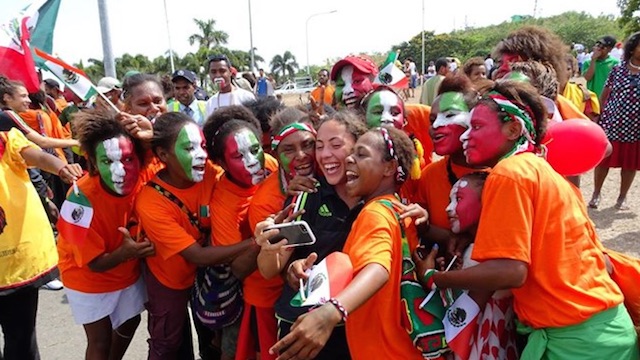 After two years, dozens of qualifying games and a venue change to halfway around the world, the eighth iteration of the U20 Women’s World Cup has arrived.

The 2016 edition was originally slated to be in South Africa. The nation was awarded hosting rights in December 2013, but the nation withdrew shortly thereafter while under pressure for its inadequate handling of a match-fixing inquiry duing friendlies before the 2010 World Cup. A hastily assembled committee ultimate put Sweden and Papua New Guinea on the table as replacements, and the latter surprisingly won the duty.

The entirety of the tournament, which kicks off Nov. 13, will take place in the nation’s capital of Port Moresby, a small city of 400,000 on the nation’s south coast. Considering this is the first international FIFA event the nation has ever hosted, uncertainty rings its perimeter. Even for teams who’ve played warm-up games in PNG to prepare, nobody’s quite sure what to expect. Other than oppressive heat, of course.

For the U.S. in particular, it’s been a long two years. Despite high hopes after winning it all in 2012, the U20s flamed out of the 2014 edition in the first knockout round in penalties to a resolute North Korea. It was an ungainly result to take for a nation that won the first iteration of this tournament in 2002 and again in 2008 and 2012. If this cycle was not about vengeance, then it was most certainly about redemption.

But the U.S. is just one storyline amidst a tapestry of them. There are 16 teams here, each with differing expectations, goals and levels of preparation. Today we take a top-down look at the tournament’s four groups, all 16 teams and what to expect during what’s sure to be an unpredictable next few weeks.