Previewing the U.S. U17 at the World Cup 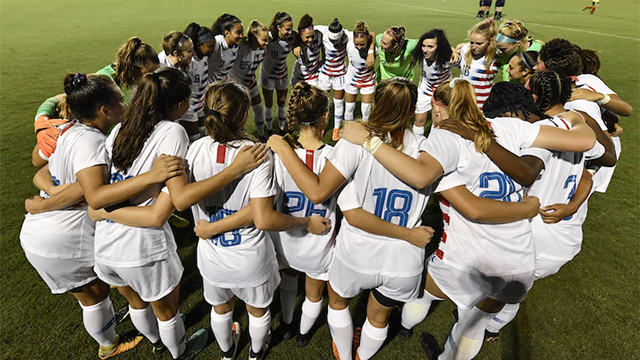 For all the success of the full U.S. Women’s National Team, a championship has eluded the U.S. program at the Under-17 level.

It’s the only age group/competition that the U.S. hasn’t captured a crown.

And while that shouldn’t be the main motivation at youth levels (the more paramount factor identifying and developing talent), the tournament is the nevertheless a prominent stepping-stone showcasing the 2001 age group and a peek into the development process.

“It’s a good culmination of two years of work for the players,” head coach Mark Carr told topdrawersoccer.com. “If you look beyond that, it’s a totality of four years. It’s a great final examination and final test. We’re just excited, excited to get down there, we know there’s going to 15 other amazing teams.”

Uruguay is slated to host this year’s edition of the Under-17 Women’s World Cup as the United States seeks to finally get that first win at the competition.