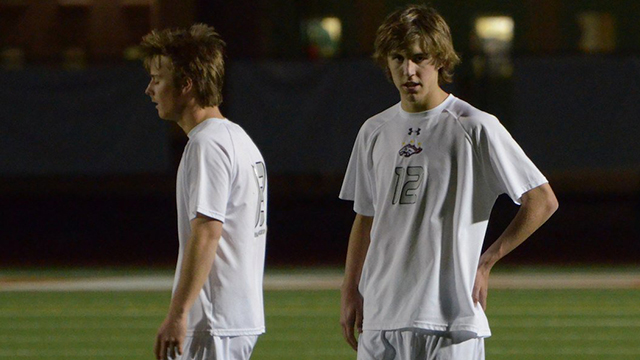 The former U.S. U17 Men’s National Team defender has recently emerged as one of the top forwards in the country among the 2013 class.

Some of the world’s top clubs have taken notice of the Arizona native’s talent, as he was recently invited to go on trial with English Premier League club Aston Villa.

“I went to Aston Villa for a week and a half to have a trial with the teams,” Lennon told TopDrawerSoccer.com over email. “When I was there, I played with the 18s and reserves. It was a great experience.”

Lennon plays club ball with his local team Sereno 94 Boys White, which is not part of the elite U.S. Soccer Federation’s Development Academy, but is well-renowned by educated fans as a top club in the country.

“The play was incredibly fast and everyone was very technical,” Lennon added. “I played well the first day so they allowed me to play in their game the next day against a local academy in England, which was great.”

Lennon’s positive showing was encouraging for his professional aspirations, but the player has put a hold on making the jump to the pro ranks.

“I have decided that I want to go to college,” Lennon said. “They are going to allow me to have a trial after my freshman year at UVA.”

Before Lennon heads to Charlottesville and joins the Virginia Cavaliers, he might be making a stop in the Development Academy for a season.

“I just had a trial with RSL, and I am hoping to play with them next year to get prepared for UVA,” Lennon said. “I am very excited to play in the Academy.” 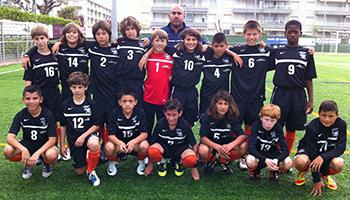 A team comprised of players from Southern California who were born after 1/1/2000 reached the semifinal round of the international youth tournament MIC, which is held annually in Barcelona, Spain.

FC Barcelona won the U12 age group over Atletico Madrid. USA Soccer Stars and Manchester United were the semifinalists.

The squad from California was coached by Juan Lopez and comprised of nine players from his club FC Golden State and a few from Strikers FC (Irvine) and LA Galaxy.

The semifinal finish was the best placement for a U.S. team in the history of the event.

“It was a Cinderella run,” Lopez told TopDrawerSoccer.com. “They don’t expect much from us because we are from the U.S. but we beat some pretty impressive teams.”

The coach highlighted the quarterfinal game against CE Europa, which is a historic club from that area and had just defeated one of the favorites of the event, Ajax, in the previous round.

USA Soccer Stars trailed 1-0 with only two minutes left in the game, in front of a rowdy, partisan crowd of over 800 fans.

Lopez's squad never gave up though, and was rewarded for their perseverance with a pair of goals in the closing moments from Manuel Gio Lopez, the coach's son, and Huey McCaig to shock the opposition and win over the crowd.

"When we left the locker rooms after the game, the Spanish people were clapping for us and giving us the credit we earned," Lopez said. "It was a memorable moment for what the team had accomplished."

The coach had another notable moment after the win against CE Europa.

“I had dinner with a scout from FC Barcelona after the game,” Juan Lopez said. “He told me ‘your son has no respect.’ I asked is that good or bad? He replied, ‘he is playing in this celebrated event like he would in the backyard.”

The proud father chuckled at the notion.

Lopez's team lost 5-1 in the semifinal to Atletico Madrid, but the coach said the game was closer than the score indicated.

“We hit the crossbar twice when the score was 3-1,” he added.

After the impressive finish, Lopez said that parents across the country have been reaching out to him to get their sons on the team in the future. He anticipates having a team compromised of players from all over the country for next year’s tournament.

Up next though, the USA Soccer Stars are headed to Guadalajara for the Copa Chivas Youth Tournament. Lopez’s group received the invitation to the exclusive event after the performance in Spain.

After an extended period in London training with Arsenal, Gedion Zelalem is headed back to his U.S. club, Maryland-based Olney Boys and Girls Club (Rangers), this month.

The youngster is eligible for the German youth national teams, and appeared in a training camp earlier this month in a U15 national team camp.

Zelalem is not eligible for U.S. Youth National teams at official competitions, but has trained with that age group in the past at various camps.

OBGC seems to be doing just fine without the star midfielder. Earlier this month, his team captured the title at Dallas Cup without Zelalem's contributions.

Raul Mendiola back with LA Galaxy

Raul Mendiola, the two-time Development Academy Player of the Year, returned to practice with the LA Galaxy Academy earlier this month.

After trials with Manchester City and Atletico Madrid, the Mexican-born midfielder is back in California and has already appeared in two Galaxy Reserve games this month; contributing an assist in Monday’s 1-0 win over Seattle Sounders.

Before Galaxy fans get to wishfully penciling Mendiola into the lineup, there are multiple complications with the potential Home Grown signing.

At the top of the list is Pachuca. Mendiola played with the Mexican club for six months, and Pachuca is asking for player development fees, according to his agent.

Player development fees are common in other countries as clubs pay the player’s former clubs a set amount for developing the talent.

U.S. Soccer, and in turn MLS, does not recognize the practice and refuses to pay the fees, which would make Mendiola untouchable for Galaxy’s purposes unless his former club releases him.

David Opoku, the 2010 Big West Freshman of the Year, left UCSB in December following his sophomore season and signed with an agent.

After a few months of trials, the Ghanaian youth international finally inked his first professional contract with Myllkosken Pallo, or MYPA, of the Finish Premier Division. MYPA won its first game of the season on Saturday.