Pro Prospects: A flurry of activity 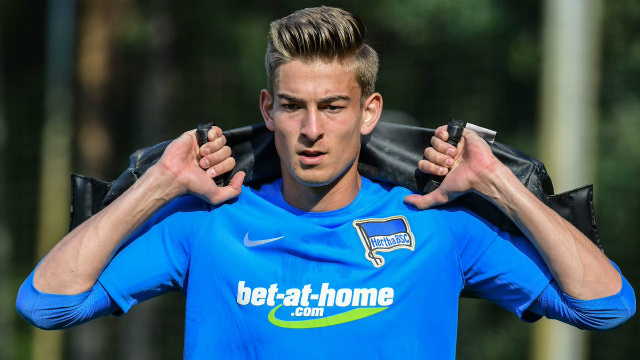 It may be summer, but things are starting to really ramp up for U.S.-based youth national team players over in Europe.

The past few weeks have seen a flurry of news trickling across the Atlantic, as U.S. players weigh club decisions ahead of a new season.

U.S. U20 goalkeepers on the move

All the media reports of Jonathan Klinsmann impressing at Hertha Berlin weren’t an exaggeration.

The California goalkeeper and U.S. U20 World Cup veteran signed with Hertha Berlin, the club announced on July 11.

Klinsmann spent time on trial at a handful of clubs around his father’s native country this summer, eventually finding his way to the Bundesliga side in the capital city.

One of his U20 teammates is expected to join Klinsmann in Germany. U.S. goalkeeper Brady Scott, who was one of the backups at the U20 World Cup in Korea, will join FC Koln’s U21 side for the upcoming season. While no official announcement has been made, Scott’s expected to sign a contract and bypass his commitment to Virginia.

One player looking to make an impression on the first team enjoyed a quality afternoon over the weekend.

Baldwin moves from Switzerland to Portugal

Earlier this year, former U.S. U20 midfielder Carlyn Baldwin made a splash when she decided to leave college with a year of eligibility left and turn pro.

Baldwin joined up with BSC Young Boys over in Switzerland back in January, and is already on the move again. The midfielder announced that she’s signing with Sporting CP, and will compete in this year’s Women’s UEFA Champions League for the 2017-18 season.

One of the stories of the 2016-17 Bundesliga season will soon feature an American looking to make his way up the youth ranks in the upcoming campaign.

FC Dallas Academy forward Shaft Brewer is already in Leipzig according to local media reports, though it’s unclear when he will be able to officially join RB Leipzig. Brewer, who moved from Sacramento to join FC Dallas prior to the 2016-17 Development Academy season, doesn’t turn 18 until October.

He had previously signed his NLI to play college soccer at Oregon State this fall.

De La Torre on the score sheet for Fulham

One of the standout performers from the U20 World Cup, Luca de la Torre is another young American looking to make an impact with his club team in Europe.

So far, so good for de la Torre, who scored this beauty in Fulham's win against FC Zlin.

What a finish from @delatorreluca !! 👀
📺 Watch all the match action from our game with FC Zlin here 👉 https://t.co/7SYIyRRs7C pic.twitter.com/7wYBXOo2Pt