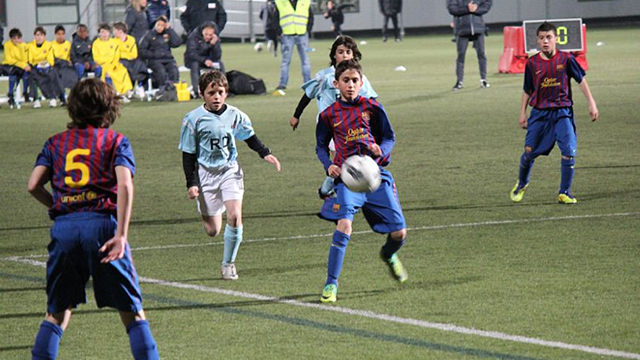 One year later, Brian Kleiban, a Southern California club coach who runs the program that opened the opportunity for Lederman, says that everything is going well for the youngster at the world’s most famous youth academy.

“Benny is doing fantastic,” Kleiban told TopDrawerSoccer.com. “All of the directors are very happy with his progress. In the first six months, he struggled with the language. It was a cultural shock.”

After the initial adjustment period, Lederman is settling in and getting accustomed to his new surroundings. 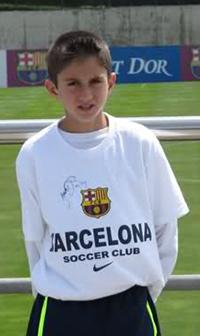 “His Spanish lessons have come along well,” Kleiban added. “Now, he understands everything that is being asked of him. The directors have said it is very evident in his play.”

Lederman has donned the mythical number 10 jersey for the U12 FC Barcelona team this season, which is a tremendous honor.

“Benny is showing that he is very unique,” Kleiban said. “It is not forced for him, it comes naturally. The way they play, it is his strong suit.”

Benny is joined by his family in Barcelona, as the parents had to move to the country to make his enrollment in the academy possible.

His former coach firmly believes that the move to Spain is in the best interest for the future of the player.

“In order to be something special on the international stage, he had to make that trip to Europe.”

Starting in August, 16-year-old Lynden Gooch will be playing for Sunderland’s U18 team.

The English Premier League club confirmed the addition in late March, along with five other players who will be joining the club via scholarship offers. Gooch has dual citizenship via his father who is originally from England.

Gooch currently plays for Santa Cruz Breakers U16 in the Development Academy. He leads his team in scoring with 10 goals in 22 games this season.

Female Americans sometimes play abroad as well. On Monday, South Carolina announced that Kayla Grimsley had signed with Thór of the premier women’s soccer division in Iceland. Grimsley is the most decorated player in the history of the program.

The striker is the two-time SEC Offensive Player of the Year and was a MAC Hermann Trophy Watch List candidate in 2011.

Grimsley scored 10 goals and added nine assists last year in her final season with the Gamecocks. She has also been called into camp with the U.S. U20 Women’s National Team in the past.