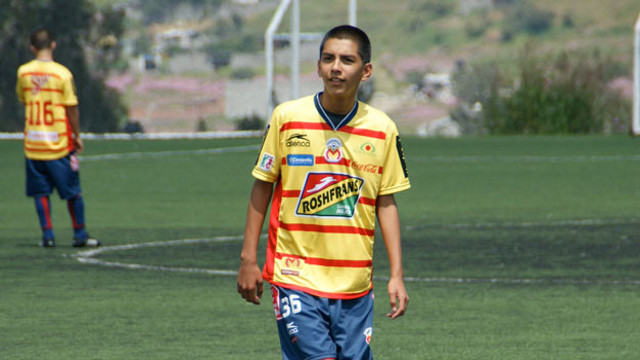 Edwin Gomez has impressed many people over the years with his ability on the soccer field, including scouts from two different national teams.

The fight over his services is not much of a competition though, according to the player. 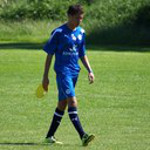 “I would choose USA,” Gomez told TopDrawerSoccer.com. “I actually prefer playing the U.S. so I could be closer to my family.”

At the club level, Gomez is enjoying his time in Mexico with Club Atletico Monarcas Morelia.

The youngster said he was picked out after a tryout in 2011 with his former club Atletico Santa Rosa, where he started his club soccer career at the age of six.

It did not take Gomez much time to show his quality and prove that he deserved a spot in the academy.

“They wanted me to talk to my parents because on the second day they already wanted me on the team,” the teenager said. “I was the only one that made it until this year when [U.S. U15 Boys National Team defender] Arturo Carrillo came to the team.”

It is not a surprise that Morelia is actively scouting players in California, as the Mexican professional outfit has an official affiliate youth club in Santa Ana, which is designed to provide an additional pipeline of players for the first team in Mexico.

South of the border, Gomez is enjoying his setup. He said he lives in one of the houses provided by the club’s owner.

“I would say that here in Morelia, its more professional,” Gomez added. “There’s discipline and everybody works hard. Our coaches played in the first or second division and they give us good advice.”

The Morelia prospect also spoke about his preferred position.

“Most of my life I’ve played as a defender, sometimes wing or midfield,” Gomez said. “I like playing defense – I would like to learn how to play in the midfield – but I’m a defender at the moment. It is where I play best.”

Another id2 player on trial in England

Harry Adanuty was one of the 18 players selected to go on the 2012 id2 National Selection International Tour in February. The tour was one of the most successful for id2 with an eye-opening victory over Barcelona.

For Adanuty, the tour opened many eyes from the national team to the outside defender’s abilities. Unfortunately for the U.S. U15 Boys National Team coaching staff, Adanuty is still two years away from citizenship according to this father Anthony.

Born in England, the promising talent has plans to apply for U.S. citizenship when the time comes, but in the meantime he is trying to advance his level in any way possible.

Over the past couple of weeks, Harry and Anthony Adanuty have been in England with the youngster going on trial with Leicester City, which ended on Tuesday.

“Leicester City said they are going to monitor his progress and if they like, the might extend him a chance for a two-year scholarship when he is 16 years old,” Anthony Adanuty told TopDrawerSoccer.com last week.

The younger Adanuty appeared with Leicester City’s U15s last week in a 1-2 loss to Birmingham City.

“Right now, he is living with about 18-23 kids who are full time players or on tryouts,” Anthony Adanuty said. “The training is really well laid out at a newly refurbished facility.”

Adanuty said that Leicester City has made plans to keep regular contact with the player via a scout, as the defender continues to pursue his goal of becoming a professional soccer player.