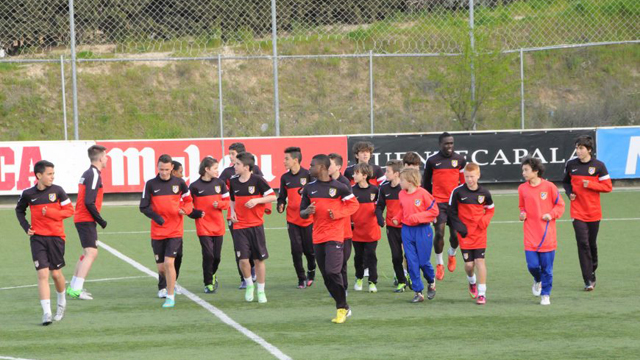 The Dallas Texans, one of the most famous soccer clubs in North America, continues to be at the forefront of progression and innovation with youth club soccer in the U.S. 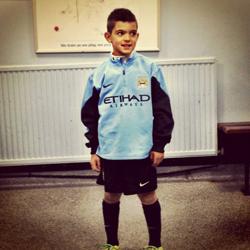 Recently, the Texans have been helping players from the club gain new experiences via training opportunities with some of the top clubs in Europe.

“I’ve made connections from my playing days, our sponsor (Nike), and other avenues,” Dallas Texans Director of Coaching Hassan Nazari told TopDrawerSoccer.com. “These European clubs are keeping an eye on what is going on in the U.S.”

Nazari went on to say that the reputation of the Texans is known in Europe thanks to the alumni list, which includes U.S. Men’s National Team World Cup members Clint Dempsey and Omar Gonzalez.

There are dozens of other Texans alumni who have gone to professional contracts, which has opened the door for some of the current players in the Academy to earn invitations to some of the biggest clubs in the world.

“It was the first time training by myself and training with kids my age [in a professional academy],” Rice said of the experience. “It was way faster than training in the U.S.”

Rice was not the only Texans player to get a glimpse of how it was done in Europe. Jalen James, born in 2000, also trained with Atletico in the fall.

“The biggest difference was the speed of the game and the competition among the players was more intense,” James, a member of the U14 Boys National Team, said. “The coaches were very impressed with me. They told me often that I have a promising future in soccer.”

James also went on to say that he felt like his experience with the La Liga club’s academy has helped him for his time with the U.S. youth national team.

“Exposure to the Atletico Academy helped to prepare me mentally for the competitive atmosphere within the national team,” James said. “Also, by competing with kids that have an elevated level of talent increased my skill level and increased my knowledge of understanding the game of soccer. If you play with the best, you will only get better.”

James said that his club team is headed to Spain this summer, which is another opportunity for the forward to catch the eye of academy scouts.

Pomykal’s lengthy lists of trials have been scheduled through various parties who have seen the emerging talent play over the years.

“The most beneficial was my first trip to Manchester United as I was 11 years old and it opened my eyes to the professionalism of international soccer,” Pomykal said. “The most important have been the two trips to Germany because I lived and trained with first class youth pro academies.”

The youngster is realistic about what it takes to make the cut in Europe.

“I recommend it because [the European] view on the game is completely different from ours in the States,” Pomykal said. “They train everyday with the mentality of becoming a pro, you just don’t get that here.”

With all of his trips to Europe, the Texans player has heard back from a number of coaches but he cited an anecdote from the field as his choice memory.

“My favorite feedback from a player was in a friendly with Hoffenheim 98s vs. a U17 local team,” Pomykal said. “Our center back told me after the game I was man of the match and we won 4-1. When the players accept you, it's a great feeling.”

Pomykal said he has options for future trials and has enjoyed the clubs that have welcomed him so far. Until he is old enough to make the jump, he said that, “the Texans are great and very supportive of the opportunities.”

Texans U16 member Brandon Terwege, born in 1998, joins the lengthy list of Texans to train in Europe as he played with Weder Bremen’s U16 squad.

“My grandpa is from Germany, so I am able to get my European Passport,” Terwege said. “I talked with my coach (Hassan Nazari) about maybe getting a chance to go play in Europe because of my passport. Immediately he was trying to get me anywhere he could, feeling very confident in my playing ability. A few weeks later he had told me that Werder Bremen was giving me a chance to come out and have a tryout.”

The defender made some astute observations about how the system of play differs from the U.S. club level to Germany.

“Everybody is incorporated with everything they do with a ball,” Terwege said. “It isn’t just defenders vs. attackers, etc. Therefore every player is great and comfortable with the ball at there feet. Then when it came to the real game situation, they were able to play very calm, relaxed, and just pass the ball around the opponent; a very professional soccer system. Where in the US mostly all teams try to do is play a panicked-kickball tactic and kick it up to the forward and hope they can score that way.”

Terwege said that he has not heard back from the Weder Bremen coaches about another trial, but he hopes to play at the top level across the Atlantic.

“I hope one day I do get the opportunity to play professionally in Europe,” Terwege said. “It has been my dream since I was just a little kid. I also hope it can open the doors to the U.S. National Team. Along with playing in Europe I have also always dreamed of playing for my country.”

Rounding out the list of Texans to dip their toes in Europe is Victor Fimbres, born in 2004 – the youngest of the pack, who was a sensation in England with stops at Sunderland and Manchester City.

Fimbres said that he enjoyed the experience at Manchester City and cited the training at the club for being “faster and more technical.”

The 10-year-old is back in England now with stops at Sunderland and Fulham on the schedule.

In April, former Texans standout Whalen Shinn became the latest to make the full time leap abroad as he joined Brazilian side Portuguesa Santista. Shinn, born in 1999, will be playing with the club’s U15 side in 2014.

The handful of Texans listed above, and a few more who are training abroad as well, highlight the ongoing effort of the club to promote further opportunities and education for the players. The club recently announced a training opportunity for this summer with Feyenoord, one of the top youth academies in the Netherlands.