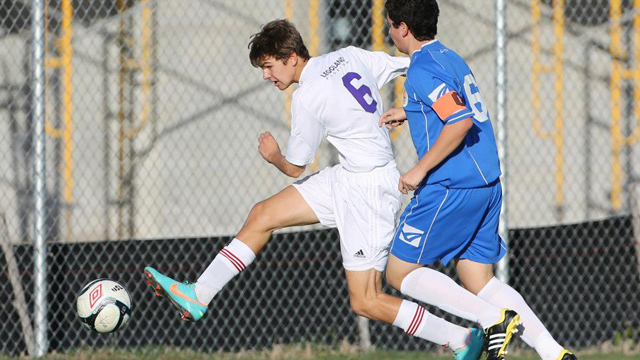 The emergence of U.S. youth players in the Netherlands has resulted in some promising prospects passing through the ranks of top academies in Europe. Kentucky teen Amer Sejdic has been a standout for Vitesse’s U19 side this season, and he is not the only American making waves at the club. 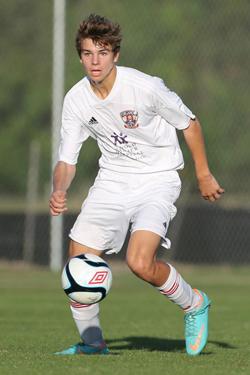 Florida teen Kai Koreniuk has been a revelation for Vitesse as well.

Eleven goals puts him in the lead for top scoring honors with his team, the U17 side.

The Florida striker was given his chance at the Dutch club after a family friend showed highlight videos of him to a scout for the club. After a brief trial, Koreniuk earned a one-year stay with the club where he has excelled.

“Expectations are higher, players make quicker, faster decisions, and we train more frequently in the Netherlands,” Koreniuk said when asked about the difference between the U.S. and the Netherlands.

As a player born in 1998, Koreniuk is eligible to play with the U16 side as well at Vitesse. He said that he has only trained with the U16 and U17 teams so far.

His birth year would also make him eligible for the 2015 U17 World Cup squad. However, he said that he has yet to hear from USSF. Koreniuk has played with the Region III ODP squad in the past.

While he continues to shatter defenses in the Netherlands, he said the hardest part of his adjustment has been “not seeing my friends and family. And trying to get used to the cold weather.”

Last week, 18-year-old winger Gboly Ariyibi signed a short-term contract with Championship side Leeds United. Ariyibi was previously a member of Southampton before being released prior to this season.

The deal with Leeds represents the first professional contract for the teenager, who is eligible for the U.S. Men’s National Team. Ariyibi told Owhentheyanks.com in August while searching for a new club, that he’d like to represent the U.S. on the international stage.

“I am confident that I am good enough to represent the U.S. U20 national squad,” Ariyibi said. “I just haven’t been given the chance yet, but I would love to show the Federation what I can do.”