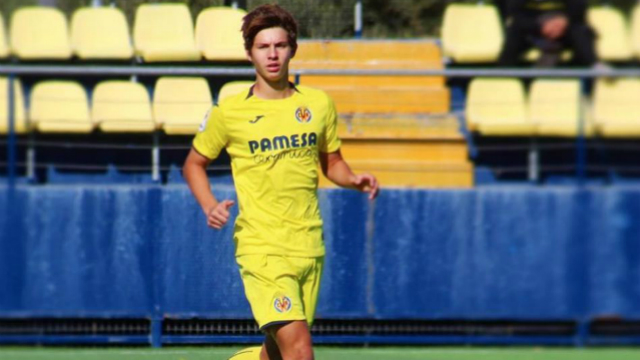 With several standout players missing league play – or on break for the international window – Americans involved in academy action in Europe was much smallers.

Leagues in Germany saw a break in play, leaving players to compete in friendly or domestic cup matches.

That wasn’t the case in Spain, however, with a couple of players continuing to make an impression.

U.S. U17 MNT pool player Jack Imperato scored twice for Villarreal, as their Juvenil B team won a 5-3 match over the weekend against CF Atletico Ciudad de Benidorm. Born in 2002, Imperato is eligible for the Under-17 World Cup cycle this year. The Northern California product joined the Villarreal Academy earlier this season.

Also in action in Spain, Mukwelle Akale earned a start for Villarreal B, getting subbed out at the half in a 0-0 draw against Ontinyent. Midfielder Jude Burst started and played 75 minutes for Unificacion Bellvitge, which drew 2-2 with Llagostera UE on Saturday.

RCD Mallorca right back Akil Watts came off the bench in a 0-0 draw against Manacor in Juvenil A, while Patrick Cassagnol (IPC La Escuela) played the duration of another 0-0 draw, this one against El San Gregorio.

Atletico Madrid forward Federico Oliva, a 2004 that plays for the club's Cadete B side, enoyed a solid shift in a 2-2 draw against Real Madrid over the weekend. Check out some of his highlights below.

A number of Americans at German academies were in Spain over the weekend, competing with the U.S. Under-20 Men’s National Team in Spain. Sebastian Soto, Christopher Richards, Chris Gloster and Alex Mendez were among the U.S. players unavailable for their club teams.

There were some holdovers that saw minutes. Zyen Jones came off the bench for Schalke Junioren A side, playing the second half of a 1-0 loss against TSC Eintracht Dortmund in the Verbands-Pokal.

Wolfsburg U19 center back Michael Edwards was in the lineup in a 2-1 friendly win against 1. FC Magdeburg, going the full 90 as his success continues. And while Richards wasn’t in action for Bayern’s Under-19 side, central midfielder Taylor Booth started and played 65 minutes as the Bavarian side won 4-0 in a friendly win against FC Ingolstadt.

One player that saw run in a competitive matchup was Werder Bremen II forward Isaiah Young. The American took the field in the starting lineup alongside Aron Johannsson, the oft-injured USMNT forward looking to make a comeback. Young played 90 minutes in a 3-1 win against ULM Wolfsburg.

Midfielder Blaine Ferri continues to regularly feature for Greuther Fürth’s Under-19 squad. The Texas native played every minute of another win, this time a 4-1 victory in U19 Bayernliga action against FC Ismaning. Fürth is 11 points clear at the top of the table in the league.