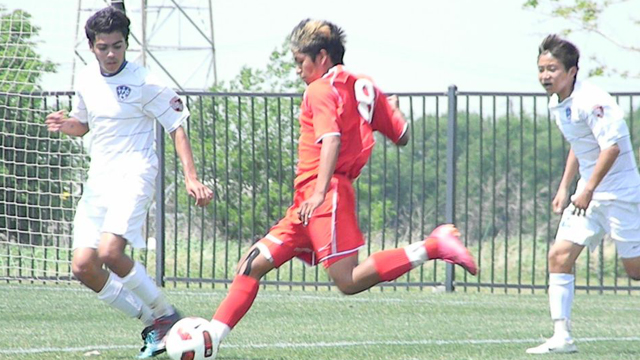 Jose Gallardo worked hard to give his son every opportunity while growing up. Now, his son Joe is making the sacrifices so he can repay his father.

Joe Gallardo inked a deal with CF Monterrey, one of the top clubs in Mexico, last week that will see the 14-year-old become a member of the club’s youth academy to further his development over the next five years.

The U.S. U15 Boys National Team starting striker confirmed the details of the contract to TopDrawerSoccer.com last week.

The Nomads SC product will join Monterrey in late December with the anticipation he will contribute during a major youth tournament in Mexico during the first week of January. 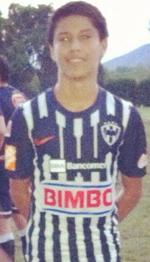 “Monterrey first saw me play at Dallas Cup 2011 when we won the championship,” Gallardo told TopDrawerSoccer.com. “They have been tracking me for the past two years.”

Gallardo’s Nomads swept through the competition at Dallas Cup with the star striker leading the San Diego-area club to a 6-0-0 record against some of the top teams in the country.

The youngster’s stock has only continued to soar from there.

With the youth national team, Gallardo worked his way into the #9 jersey over the past year with consistent production at every camp.

In the USSF’s Development Academy, the 14-year-old leads Nomads SC U16 in scoring with five goals in seven games. His play was rewarded with a spot in the Development Academy Select Game, one of only a few players born in 1998 to earn that right.

In fitting fashion, Gallardo scored the first goal of the game; as his team went on to win 4-1.

Now, Gallardo prepares for moving away from home and the opportunity he has with his new club in Mexico.

“Yes, it is tough to leave all my friends and family because I’m going to miss them,” Gallardo said. “They gave me all the support during these years especially my dad who pushed me to be the best.”

The constant support of Gallardo’s father is what has allowed the talented striker to reach this point and he is striving to make the most of it.

“If God lets me be successful in my soccer career, I want to give my parents a better life so they won’t have to have three jobs just to support me and my family. I just want to thank them by doing that.”

While Monterrey is a top club on this continent, Gallardo has the ambition to cross the Atlantic after his contract is over.

“My dream is play professionally in the Mexico League, but I want to get to Europe when my contract is over with Monterrey.”

Gallardo is set to move to Mexico on December 27, but will be back in the States on January 12 for a U.S. U15 Boys National Team camp, which will be held in either California or Florida.

U.S. U18 striker Ben Spencer on trial at Molde FK

The 17-year-old started his stint with the Tippeligaen, Norway’s top division, Champions last week and it will continue through this week.

Spencer also has a trial lined up with Ligue 1 side Toulouse while he is in Europe.

The U.S. youth international spent some time on trial with a club in Portugal earlier this year.

Anthony Isom, a 19-year-old from New York, has spent the past year with Empoli F.C., a club in Serie B in Italy.

The former New York Red Bulls Academy player said he was first in touch with the Italian club four years ago. 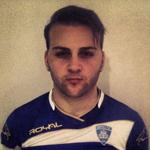 “I was contacted by Empoli at 15 years old after playing in several tournaments with the Red Bulls Academy,” Isom told TopDrawerSoccer.com. “Since I was only 15, I had to wait until I was 17 to sign with the club. I joined the club in August of 2011.”

As for Isom’s play on the field, he was originally brought to Empoli as a forward, but has switched spots recently.

“I’ve been playing either left/right winger or right back due to the best two players at the club playing my position.”

Isom signed a youth contact in 2011, and has since inked a professional deal with the club, but he declined to renew his deal and is looking at other opportunities.

“After gaining attention throughout Europe and USA, I have decided not to accept a renewal and pursue other opportunities. In the last few years, I’ve had trial offers from large clubs like Fiorentina to clubs like Plymouth Argyle. Right now, I’m weighing my options.”

Philadelphia Union announced on Tuesday that homegrown player Zach Pfeffer will go on loan to TSG Hoffenheim 1899 in 2013.

The loan runs from January 7 to December 31, which means Pfeffer is set to miss the 2013 MLS season while playing with the German club.