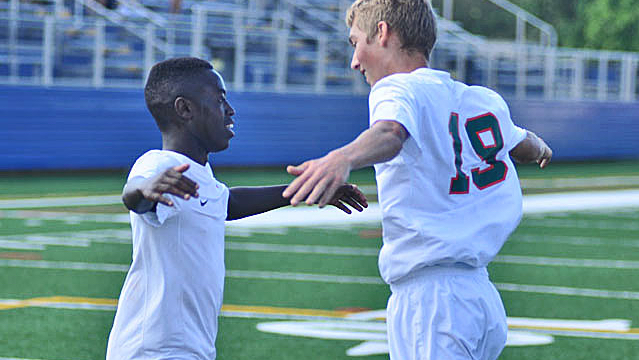 Phillip Goodrum has been busy this summer. 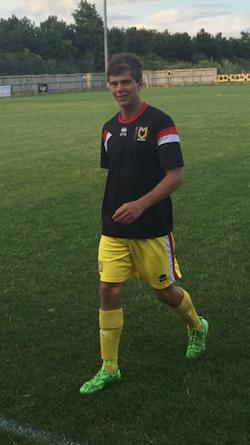 “I was invited by Karl Robinson, the manager of MK Dons,” Goodrum told TopDrawerSoccer. “I met him in England seven years ago when I was training at the Liverpool Academy. He saw me play a few times since and he invite me over for a trial.”

Goodrum went over to England following a successful season in the Development Academy where he was the leading scorer for the Carolina Rapids with 12 goals in 35 appearances. Goodrum, a midfielder by trade, led the team in goals and appearances during the 2014-2015 season.

His domestic success helped prepare him for the rigors of training in England, but a move to England is not in the near future.

“At this point in my life, I want to graduate high school, focus on my university education, continue to improve as a soccer player, and be prepared to play professionally should the opportunity present itself,” Goodrum said when asked about a move to MK Dons. “Regardless of a contract offer or not, I have learned so much from this experience, both in regard to soccer and life that I will be able to carry with me forever.”

The trip to train with MK Dons was not the first time Goodrum has taken his talents abroad. The 18-year-old has been all over the globe while kicking a ball around.

“When I was younger, I trained in Brazil at Flamengo and Botafogo and while in England I trained with Manchester City and Liverpool but I enjoyed my experience with MK Dons the most because of the success I had,” Goodrum told TopDrawerSoccer. “The U18 Academy head coach Mike Dove said I was a ‘pleasant surprise in training’ and made them think highly of American [soccer]. Plus Karl Robinson is first class - he’s one of the youngest managers in English Football. He was incredible around the lads and his interaction with all the players made a lasting impression.”

For now, Goodrum is back in the States after his training stint ended on August 3. He looks to be a key figure for Carolina Rapids U18 in his final Development Academy season this fall.

Kevin Coleman is signing with FC Kaiserslautern, according to Fauquier Times. Coleman told the paper that he was signing a two-year deal with the German club. He also said that he will be playing with the club’s U19 squad this year.

Coleman was part of the U.S. U17 Men’s National Team at the early stages of this cycle. He was a member of the Residency Program in fall of 2013. Since then, the opportunities for Coleman with Richie Williams’ squad have been limited.

The 17-year-old is a speedy winger who likes to take defenders on with the ball at his feet. He made a mark with the national team with his ability to get past his mark and whip in crosses. For the past year, he has been the star of the Kettle Run high school. His play at the scholastic level earned him a spot on the TopDrawerSoccer Spring First Team for Virginia.

U17 MNT defender signs with Cosmos

Velela, from San Diego, Calif., is the second U17 MNT member to join the NASL club. Haji Wright signed with Cosmos earlier this year.

Velela’s intelligence stood out to the Cosmos coaching staff during his recent training stint with the club, which came shortly after his first call-up to the U18 MNT. Velela was one of two U17 MNT players to earn an invite to the U18 MNT for the NTC Invitational in July.

During his time with the youth national teams, Velela has played as either a right back or a right center back. He reads the game well and puts himself in good spots to cut out the attack. His quality on the ball has allowed teams to build the attack from the back.

He has started seven games in 2015 for the U17 MNT. He is fourth on the team in minutes played for the calendar year. In his career, he has 27 appearances with the U17s and one goal. He figures to be an important part of the squad that heads to Chile in October for the U17 World Cup.

Prior to joining the U.S. Soccer Residency Program in the fall of 2013, Velela played his club ball for San Diego Surf. His play at the club level attracted interest from CF Monterrey and Pachuca FC. He spent a week with both teams in 2011 and 2012, according to goalnation.

The lack of a Mexican passport prevented him from making the move, which opened up options for Velela elsewhere. New York Cosmos were one of a number of clubs to express interest in taking a look at the U17 MNT starter.

Chicago Fire and FC Dallas are both sending U15 squads to Mexico City this week for the Liga Bancomer tournament. The 10-team tournament culminates on August 22 with the final at Azteca Stadium.

FC Dallas opens the tournament on August 13 against Borussia Mochengladbach. The MLS academy from Texas is looking to build off a year that includes national titles in the U15 and U16 age groups.

FC Dallas’ Roster for the tournament:

Chicago Fire's Roster for the tournament: