Pro Prospects: Stories to watch in 2014 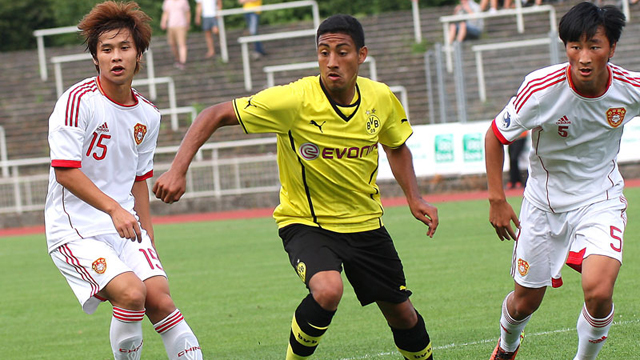 The change of the calendar year brings a fresh outlook for many club players domestic and abroad. This year is shaping up to be an exciting one for many youth players especially those hoping to make it across the Atlantic. Here are four players/stories to watch in 2014 from a youth player’s abroad perspective. 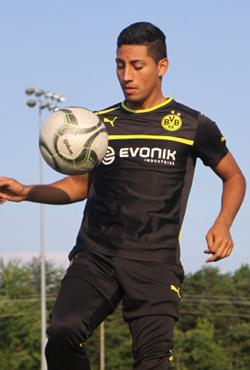 The U.S. U17 Men’s National Team recently won the 2013 Nike International Friendlies for the second time in three years. The success drew plenty of attention to the group, and it came at the perfect time. The players born in 1998 will have their 16th birthdays in 2014, which is the minimum age to complete a move to a European club (with the European Union passport) without the prerequisites of displacing the family. There has been plenty of interest in this age group for the past years and the expectation is that players like Daniel Barbir, Christian Pulisic, and, perhaps, Haji Wright will be joining European academies once that 16th birthday rolls around.

Two of the more promising prospects to come out of the last U17 MNT cycle are set for big moves in 2014 as well. Rubin and Flores turn 18 this year, which makes the moves to their destined clubs a formality. Flores has been training with Borussia Dortmund for some time and will be eligible to officially join the club when he turns 18 on March 26. The midfielder has been invited to train with Borussia Dortmund during the upcoming trip to Turkey, and is highly thought of by the coaching staff at the German club, according to local reports. Rubin is also on the verge of Europe with his move to Netherlands outfit FC Utrecht on the dock for March 1 when he becomes an adult.

Emerson Hyndman continues to lead the charge for the contingent of U.S. players in the Fulham Academy. The 18-year-old (Happy Birthday, Emerson) is highly thought of by the coaching staff for the youth team in London. He was rumored to be close to making his debut in 2013. Could 2014 see Hyndman make the cut with the first team? He is not alone either, as U17 MNT midfielder Luca de la Torre is also at the academy now as well as William and Michael Moravek.

There are a growing number of trips to Europe planned for the youth national teams especially on the male side. The significance of these travels (beyond the experience of playing against some of the best international sides in the world) is a chance for the players to get in front of scouts. Recently, Mukwelle Akale (as well as some others) impressed scouts from some of the top French sides during the U18 MNT trip to France. Akale transitioned that into a couple of trials as well. The U18 MNT has future trips planned as well as the U17 MNT.