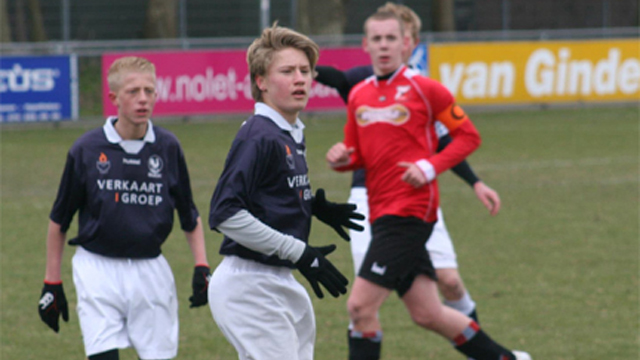 Like many developing talents, Will Dubay grew up with a soccer ball. 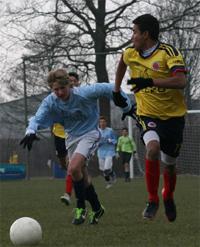 It started when he was two years old, and after that the ball has hardly left his foot.

The teenager, who currently lives in Northern California, grew up in Europe and quickly gained an affinity for the world’s game. Surrounded by like-minded souls, Dubay was engulfed in everything soccer.

“I am obsessed with soccer,” Dubay told TopDrawerSoccer.com. “I always have been.”

It did not take long for Dubay to get his real introduction to the game in a team format.

“When I first played in the Netherlands, starting at age U5, I played all position – I believe that is the best way to learn the game, to be a defender for one match, and then the next an offensive player,” he said. “But I was fast, and had really good technical skills, so I ended up in the attacking positions.”

For the past few years, he has found his home as an attacking center midfielder, an outside winger, and even a striker.

While he crafted and honed his skills in Netherlands, Dubay and his family returned to the states after living in the Netherlands for five years. He plays for San Juan Soccer Club U17 and Vista del Lago High School when he is not making trips back to the Netherlands to train.

Dubay, a freshman this season, scored the game-winning goal for Vista in the CIF Division IV San Joaquin Sectional championship. It was his eighth goal of the year.

Next season, Dubay is heading back to the Netherlands full time where he will join Quick Den Haag’s B1 side, the top team for the U17 age group.

“In my experiences the Netherlands plays much more possession style of play than here in California,” Dubay replied when asked to compare his team in the two differing locales. “At the Quick we start the play from the back, keeping possession, moving the ball up the field with short, quick passes, and movement.”

The teenager attributes it to coaching and fundamentals, as he does not see the same ability to pass accurately or the same decision-making from playing alongside elite players in California that he sees from those in the Netherlands.

“In order to have a good vision on the field, the player must be cool, calm and collected (and it doesn’t hurt to be able to pass the ball with pace accurately, as well as doing a one-touch settle, and pass the ball to the correct player.) Many players in California do not have the highest level of technical skill. All of the players that I play with in the Netherlands have it.”

Dubay, born in 1997, has yet to receive much attention from U.S. Soccer despite already spending his extensive training and playing with renowned clubs in the Netherlands. He does not sound too concerned about the lack of communication either.

“My effort to be recognized by U.S. Soccer just hasn’t been there,” he said. “I attended one day of a NorCal ODP tryout during my U13 season, but the coach was somewhat abusive, and extremely negative, especially to one of my club teammates – so I knew ODP was not the path I wanted to choose at that time.

“I just always go back to the fact that Americans do not play the sort of soccer that I enjoy playing, and coaches in Europe (the good ones) are not abusive to their players. They are more like teachers – trying to help players get better, not to make players feel badly about themselves.”

Dubay did give special credit to Charlotte Soccer Academy Director of Coaching Brad Wylde, who he met a few summers ago at a camp. Wydle saw Dubay play and asked him to be a guest player on his team for the Disney Thanksgiving Showcase in Orlando.

“It was an amazing experience and the best tournament venue I have ever played,” Dubay said.

U.S. U20 Men’s National Team members Danny Garcia and Boyd Okwuonu are currently with North Carolina on an eight-day trip to Brazil. The Tar Heels take on Fluminense U20 on Wednesday as the second game of the four-game trip.

2svSports and eSoccer helped arrange the travel for the Tar Heels as part of their off-season program. Check back on TopDrawerSoccer.com in the coming weeks for more coverage from the trip.