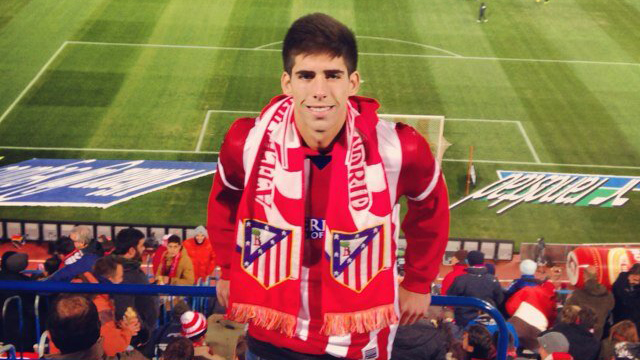 Jared Rice, a member of the Dallas Texans U18 side and an SMU commit for 2014, recently returned from a one-week training stint with La Liga side Atletico Madrid.

The coaches of the club identified Rice last summer on the Texans Elite Players trip to Real Madrid.

“It wasn’t my first time in Spain so it wasn’t a completely new experience,” Rice told TopDrawerSoccer.com. “But it was the first time training by myself and training with kids my age.” 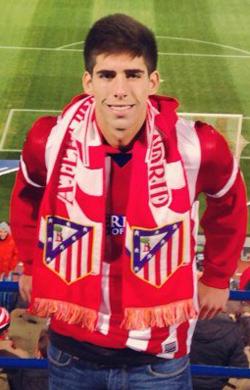 Rice said that many of the drills that he saw with Atletico’s youth team were similar to his training with the Dallas Texans. He noted the main difference was the speed of play.

“It was way faster than training in the U.S.,” Rice said.

The familiarity with the basic concepts of the drills definitely helped the Texan, as he is not fluent in Spanish, but does have some knowledge of the language.

“They didn’t have a translator and all of the coaches spoke in Spanish,” Rice said. “I just had to watch the drill and pick up what was going on and then jump in.”

He added that he knew the Spanish words for directions, which helped as well.

The teenager noted that Atletico spent a lot of time on agility exercises while he was there – more than he had seen at other clubs.

Surprisingly, Rice said there was not much extravagance to the facility where Atletico’s youth team trains.

“They only had turf fields for the academy,” Rice said. “Our Texan facility is bigger. The location – right in the city of Madrid – was amazing though.”

The 17-year-old also had the chance to watch the first team play against Getafe while he was there.

Rice has played in nine games this season for Texans U18 in the USSF’s Development Academy. He has one goal in those nine games for the 4-4-2 Texans.

Christian Albelo, a member of the U.S. U17 Men’s National Team pool, transferred from TSG 1899 Hoffenheim to FC Kaiserslautern this week, his father Francisco announced on twitter.

Francisco told TopDrawerSoccer.com that the move did not have to do with Hoffenheim, but rather with new restrictions the military (both of Christian’s parents work for the U.S. military) place on dependents (children under the age of 18).

Francisco said that Christian had to transfer to a club that was within 50 miles of radius of a military district.

The German Federation has approved the transfer and Christian will be eligible to play in competitive matches again in February, according to Francisco.

Prior to the transfer, Christian was a rapidly rising star with Hoffenheim. He had two goals and 16 assists this season while playing as a defensive midfielder for Hoffenheim’s U17 squad.