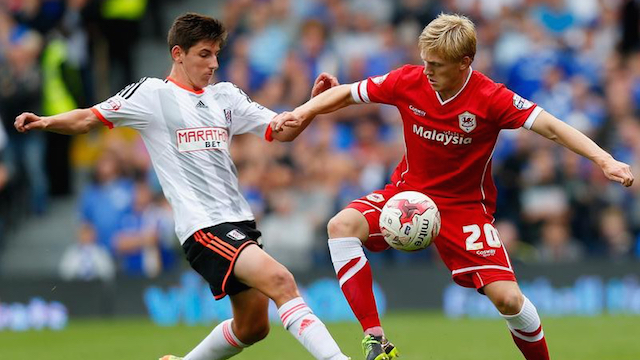 The big story in the youth national team spectrum for the last month has been Christian Pulisic and his impressive start with Borussia Dortmund. The former U.S. U17 Men’s National Team standout made his Europa League debut last week as a late substitutue in Dortmund’s win over Porto. He followed that up with his first start of the season in Dortmund’s 1-0 win over Bayer Leverkusen.

Pulisic is not the only U.S. youth player in Europe though as many other prospects look to break through with their respective clubs.

Brooks Lennon came off the bench and drew a penalty kick in Liverpool U21’s 2-1 win over Middlesboro on Saturday. Liverpool was down to 10 men in the game after a red card in the first half.

Lennon was brought on in stoppage time and provided an immediate impact as he was dragged down in the box to set up the penalty kick for the game-winning goal.

Liverpool used some first team regulars in the game against Middlesboro, which cut into Lennon’s playing time as he has been a consistent presence with the Liverpool U21 side in recent weeks.

Luca de la Torre went the full 90 in Fulham U21’s 3-0 win over Newcastle on Monday. De la Torre assisted on a goal as he continues his fine run of form with the London club. The center midfielder has started seven games in a row for Fulham. He has one goal in 12 appearances this season.

Fulham U21s are in eighth place in the Premier League Division 2 table for this season. Fulham is undefeated in their last three games.

Daniel Barbir is starting to become a regular with West Bromwich Albion’s U21 side. The towering center back has started every game in February for the club. WBA has pulled two draws out of that run of results.

There are five games left in the U21 Premier League season for West Bromwich Albion, which sits in fourth place in the table.

The 18-year-old also mentioned that he is now a dual citizen for the U.S. and Portugal, which could help facilitate a move to a European club in the future.

Joshua Perez picked up an assist in Fiorentina Primavera’s 4-1 win over Spezia on Saturday. Perez, playing as the right wing, supplied the cross for the second goal of the game, which was the game-winner. Since his official arrival with the club, Perez has been on fire with the Primavera side.

U.S. YNT midfielder Kyle Scott converted his shot from the mark in the penalty kick shootout on Tuesday in Chelsea’s win over Valencia. The two teams played to a 1-1 draw, but Chelsea advanced 5-3 on penalty kicks.

Scott and Chelsea advance to the quarterfinals in the competition.