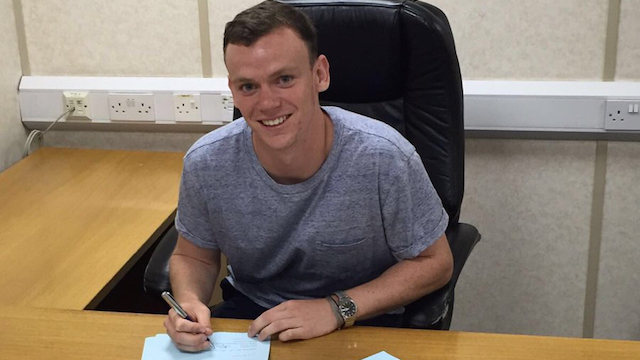 Lotenero, 18 years old, is originally from Southern California. He played for CF Pachuca’s Academy prior to his arrival in Portugal in 2013. After two years with Boavista, Lotenero is joining Belenenses, which is located in Lisbon. Belenenses finished ninth in the league last season. They open up the 2016-2017 campaign this weekend against Benfica.

Lotenero is expected to compete for the right back spot with the club’s reserve team this season. Lotenero, who also played for CZ Elite and LA Galaxy Academy in the past, was last called into the U.S. youth national team setup in 2013. Born in 1998, he is eligible for the 2017 U20 World Cup cycle squad.

He was most recently part of the U.S. U20 Men’s National Team in October for the Four-Nations Tournament in Germany.

U.S. U17 MNT forward Timothy Weah finished in a tie for the Golden Boot at the Otten Cup, a prestigeous U19 tournament in the Netherlands. Weah had three goals in four games for PSG at the competition. The French club finished the event in seventh place with a 2-2 record after wins over Chivas and Red Bull Brazil. PSG lost to RSC Anderlecht and FC Barcelona.

Weah scored two goals in the seventh place game against Chivas, which led PSG to the 2-1 win. Former Chivas USA star Ivan Gutierrez also had a good tournament with two goals from the four games. Gutierrez scored Chivas’ lone goal in a 2-1 loss to Borussia Monchengladbach and also scored the lone goal in a 1-1 draw against PSV.

Liverpool U19 claimed third place at the 2016 Ruhr Cup in Germany last week. U.S. U20 Men’s National Team forward Brooks Lennon scored the second goal in the 2-0 win over Schalke in the third place game. Lennon and Liverpool lost to Manchester City in the semifinal of the tournament. City went on to win the competition in commanding fashion with a 5-0 win over Borussia Dortmund in the final. U.S. YNT goalkeeper Will Pulisic played for Borussia Dortmund in the tournament.