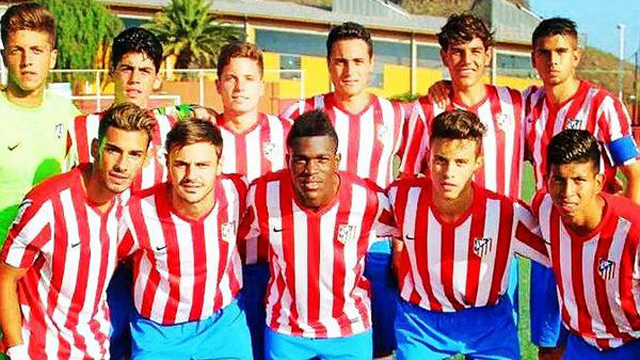 Two years ago, Dembakwi Yomba, aka Boxi, was flying high as a contributor to the U.S. U17 Men’s National Team and looking forward to the 2013 CONCACAF Championship in the spring. 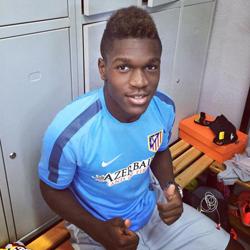 Unexpectedly, he was dropped from the Residency Program for the final semester before the big event. The disappointment hit hard for the forward from Georgia. After over a year spent with the U17 program, he was on the outside looking in at his squad’s bid to qualify for the World Cup.

The hardship served as motivation for the former Chiefs FC and Concorde Fire forward. Yomba made it a goal to earn his spot back with the national team.

He did not wait long for the call. He was back in the mix with the Federation in August 2013 when he was among 60 players called into the initial U18 MNT camp.

The extra hours Yomba put in paid dividends and while he couldn’t break into the picture with the U17s, he found a fan in U18 MNT head coach Javier Perez, who called in the striker to the next two camps. Yomba proved his place on the team with his decisiveness in front of goal, which added a killer instinct to an already talented group.

His perseverance earned him a spot on the U.S. U18 MNT roster for an international tournament in Europe, which would be the event that changed his life.

“Back in February at the Copa Del Atlantico International Tournament in the Canary Islands with the U18s was when I was aware of the interest,” Yomba said about his path to Atletico Madrid. “There were scouts from all over at the tournament: Germany, England, Spain, Portugal. As an American, it was the ideal situation to be seen by European clubs.”

The courtship was rather quick. Atletico did not want to risk losing out on the forward.

“The bizarre thing is, I've never gone on a trial with any club, so for a few other teams including Atletico prepared to offer me a contract without a trial was a blessing and honestly I was extremely lucky,” Yomba said.

The 18-year-old, who is represented by Hugo Varela of Football and Friends, signed a two-year deal with the La Liga champions with an option for two additional years.

Yomba is currently playing with the Juvenil A squad for Atletico, which is a U19 team.

“I have trained with the first team multiple times and even played in a match with Atletico B, which is very big step so early in my time here,” Yomba said. “But I just take it all in stride and whichever team I train or play with, I just try to learn the tactics and really process the information being given to me.”

Now that he has turned 18, the club is waiting for the all clear from the Spanish Federation before he can play in official competitions with his new club.

“The club and I have turned in my application to the Spanish Federation,” Yomba said. “So the club hopes no more than a month.”

Yomba is hoping the clearance comes soon as Atletico has some meaningful games coming up including the youth edition of the UEFA Champions League.

“I will be added to the UEFA Youth League roster [once clearance is given], which I’m very excited to play in as there are only two other Americans playing in it this season (Junior Flores for Borussia Dortmund and Gedion Zelalem at Arsenal),” Yomba said.

While he waits for the green light on the clearance, Yomba continues to plug away at improving his game.

“With these things you never know, you can just be patient and train as hard as you can in the meantime,” Yomba said.