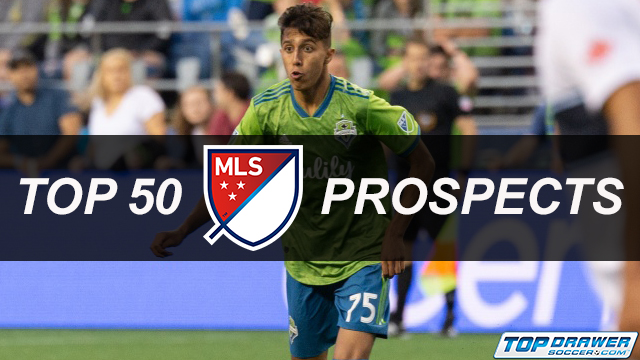 For the fourth year in a row, TopDrawerSoccer is previewing the Major League Soccer season with a look at some of the top up-and-coming talent in the league.

To qualify for this list, a player must have joined an MLS team via the draft or a Homegrown deal, and have played less than 1,000 minutes in the league. Along with that, a player must be born on January 1, 1997 or later, although most of the list skews much younger than that. As an example, that leaves someone like Julian Araujo, a top prospect in the league, from qualifying for this year's Top 50.

The Top 50 list is an attempt to project a player's furture within the league and beyond, based upon previous scouting efforts, postseason updates and as much information as is available.

Below is a look at some of the players that just missed the cut, plus the overall list, in alphabetical order, of players that made the Top 50. The list will be released starting Monday, February 24, with 10 players released per day leading up to Saturday's opening game.

All rankings will be Premier content. In honor of the 2020 MLS season kick off, you can save 20% off a Premier Subscription with the promo code 'MLS20' at checkout. Throughout the 2020 season, TDS will offer expanded coverage of young domestic players competing in MLS and USL.