Want to be featured in our Recruiting Insider? Email us at recruiting@topdrawersoccer.com

Brandt Bronico has already played on the big stage. The 17-year-old is in the midst of his second trip to USSF Development Academy Finals Week with the North Carolina Fusion. 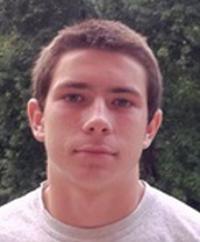 Last year, his squad finished sixth at the event in the U16 age group, which they are looking to top this season in the U18 age group.

Bronico also has another decision on the mind, as the midfielder is in the thick of the recruiting process.

“The recruiting process has been a very exciting experience for me,” Bronico told TopDrawerSoccer.com. “I've had a lot of schools interested and I enjoyed visiting all of them.”

The midfielder went on to highlight the dynamics that matter in his decision.

“There are five major factors that are influencing my decision,” Bronico said. “These include academics, affordability, the quality of the soccer, coaching staff and playing time. I've mainly wanted to stay in state because some of the best teams are in North Carolina.”

The teenager concluded that, “its not so much I have a dream school, as much as it is finding the right fit for my family and myself.”

Kevin Beyer only scored one goal during the 2011-12 Development Academy season, but it was one heck of a strike. The Shattuck-Saint Mary’s U16 captain notched the game-tying goal in a thrilling 2-2 draw against Crew Soccer Academy Wolves in the Playoffs in Frisco, Texas last month.

SSM, ultimately, came up short for the bid to Finals Week, but the team’s captain still has a number teams hot in pursuit of his verbal commitment heading into his senior season.

“I am lucky to have such experienced coaches who can give me advice and help me through this process,” Beyer told TopDrawerSoccer.com. “The education is very important and also that I can see myself growing as player in the soccer program that is offered.”

While Beyer has six schools already in the mix, he is open to the possibility of another school joining the conversation late in the race.

“Right now I am most interested in the six schools I mentioned above but I am still open to other schools.  I am hoping to find a school with a top soccer program as well as a good academic program and a nice environment.”

Want to be featured in our Recruiting Insider? Email us at recruiting@topdrawersoccer.com