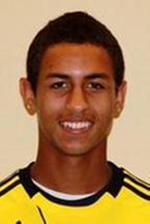 Alex Bumpus, a star defender for Crew Soccer Academy U18, is having fun with the recruiting process.

“With being new to the this whole recruiting process and everything about it has been kind of stressful, yet fun,” Bumpus told TopDrawerSoccer.com. “There is a lot of thinking that is involved in the process and some big decisions.

“The visits to the campuses have been fun but its just deciding what I think I will for those four years of my life that is what is hard.”

Bumpus was one of the most consistent performers for Crew’s Academy last season with 24 starts for the playoff team.

“The most important factor for me would probably be the team as a whole,” he continued. “I am definitely trying to search for a school that is good, will push me, but yet I would like to play. I will definitely work for a starting spot but I would not like to sit on the bench for three years.”

Bumpus said that the best school he has visited so far is Kentucky, but he is still looking for the perfect fit.

“It is pretty cool to be talking to a top college like Connecticut but I guess we will just see where it goes.”

An attacking midfielder for Minnesota Thunder Academy, Abdi Tahir is on the hunt for a Division 1 program.

He’s done his research this summer, checking out different programs and campuses, but it also dawned on him that returning while school is in session is going to be vital.

“I feel that I need to go back during the school year to get a better feel for the campus and soccer program when the school is in session,” Tahir wrote TopDrawerSoccer.com in an email.

During his search, he has two big things in mind as he’s sent video of himself out and contacted coaches to try and draw interest from programs.

“Factors that are important to me are a Division 1 soccer program and excellent academics,” he said.