A tenacious central defender who embraces her role on the field and tries to act as a defensive leader, Kelly Dorney has started making visits and talking to coaches in an attempt to narrow down her college soccer playing options.

Her first visit was a recent stop at Mississippi. 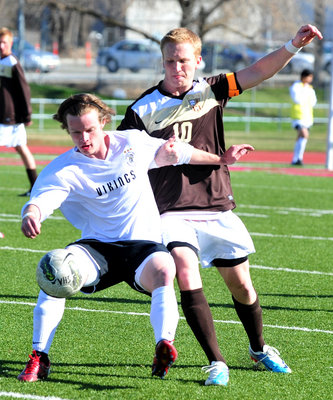 “I found the campus and the entire coaching staff to be really nice, and I was impressed with how much time they took showing me not only the sports facilities but the academic programs as well,” Dorney wrote TopDrawerSoccer.com in an email.

While a lot of her options right now aren’t too far from home, including Auburn, Missouri and Miami (FL), Dorney isn’t locked into staying that close. However, she said she has a “particular fondness for the South” as the early options indicate.

Soccer isn’t the deciding factor in her college search either, as she’s interested in a school with a variety of things, as well as the right academic fit.

I am looking for a big school with a solid commitment to all of their sports teams, as well as a good Biology program,” she said.

Dorney plans on making a decision by Christmas 2012.

It’s early in the process for Michael Johnson, a midfielder for Utah-based club Forza FC.

As it is a team that doesn’t compete in the U.S. Soccer Development Academy League, Johnson isn’t leaving any stone unturned as he continues to search for programs to catch the attention of.

“After participating in the ODP Region IV Camp it has made me aware that there are many different good options besides Division 1,” he wrote TopDrawerSoccer.com in an email.

One option for the Utah native is nearby BYU, which doesn’t have a NCAA Division 1 team, but instead operates a PDL team during the summer that draws mostly from the school’s student body.

Johnson is aware that he’s got a long road ahead of him and isn’t going to rush into anything.

“Research is key and I have realized this going through the recruiting process,” he said. “I always remember that soccer is important, but school always comes first.”