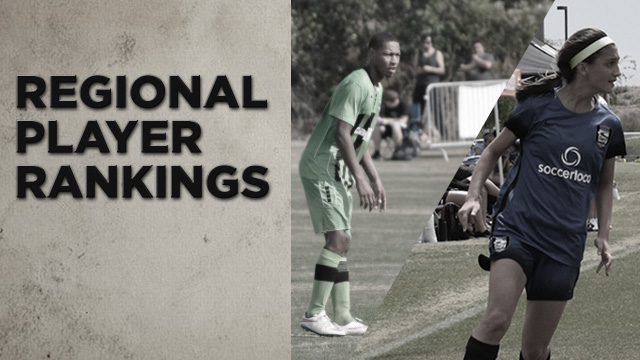 Following the release of the TopDrawerSoccer Top 150 Players, presented by IMG Academy, for the Boys Class of 2019 on Monday, TDS releases the regional rankings for the class on Thursday. The class of 2019 features a number of players from the U.S. U17 Men’s National Team, which recently finished as quarterfinalist at the 2017 U17 World Cup. Outside of the top percentage, there are a number of other intriguing prospects from this class.

PDA defender Damian Searchwell is one of the movers from this update. Searchwell has been fantastic for PDA through the early stretch of the Development Academy season. He is the No. 7 player in the New Jersey Region. He is also a player to watch for the national Top 150 update in the winter.

D.C. United’s Michael Gaines jumps up the rankings in the Mid Atlantic region. Gaines has been a key player for the MLS Academy through the first couple of months of the Development Academy season. He is No. 16 in the region in the new update.

Tonny Temple jumps up to the No. 2 in the Pennsylvania region for the fall update. Temple, a U.S. Youth National Team player, jumped the Union this season and is excelling with his new team.

The next update for the player rankings will be on Monday with TopDrawerSoccer Top 150 Players, presented by IMG, for the girls class of 2019. For any questions or comments about the rankings, please email rankings@topdrawersoccer.com. If you wish to be considered for either the regional or national rankings, please submit a player profile to the site.