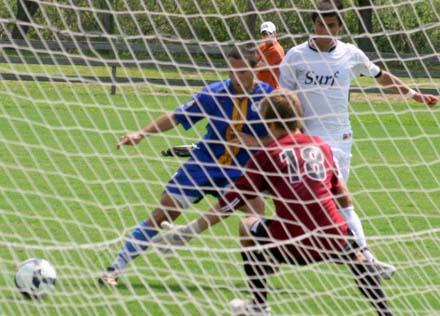 We’ve returned to home base after an extended trip to Phoenix, Arizona, for the Development Academy Winter Showcase and now it’s time for a review.

Here are the final observations of the good, bad and indifferent at the showcase based on what we saw over the five-day event at the Reach 11 Sports Complex.

Player of the Matches

It has to be U18 Derby County’s Soony Saad who scored five times in three matches. Saad can strike a ball like few other club soccer players, and in what was his first bit of action with his new Derby team, he set the event on fire, and spawned the nickname: Soony “All he does is score goals” Saad. 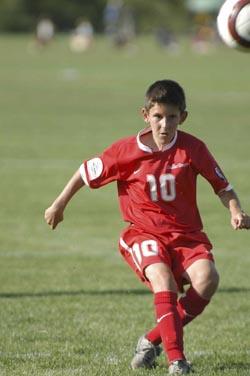 Emerson Hyndman
One to Watch

One of the biggest stories at the showcase came in the smallest package. As we previously reported, 13-year-old Emerson Hyndman played and flourished for the U15/16 FC Dallas team.

He scored during the second day’s action, in a match against an Academy Select team, and made a nice impression on his coach and teammates. Hyndman has already taken part in U.S. Soccer events and he will only benefit from continuing to test his skills at the highest level.

There are a few options here, but we can’t go wrong with choosing the U18 Indiana United team, the defending Academy national champions. With a tie and two wins, including a 5-0 drubbing of Ohio Elite Soccer Academy, Indiana displayed a cohesion that comes with playing a lot of games together.

There are more dynamic players in the academy, but Austin Oldham, Harrison Petts, Tyrone Martin and Co. are tough to beat.

The New York Red Bulls showed that they have quite a bit of firepower in their own right, including Clifford Lyle, Dylan Mencia, David Najem and George Velasquez.

Well, it wasn’t the best three-game stretch for the Americans during the Nike Friendlies but it was only the beginning for the new cycle of guys. Losses to Portugal and Netherlands sandwiched a 1-1 tie with Brazil.

Defensive breakdowns seemed to be a common theme for the group, but on one hand, coach Wilmer Cabrera often talks about having his players play with “personality,” and there was some fight to them – during the Brazil match in particular.