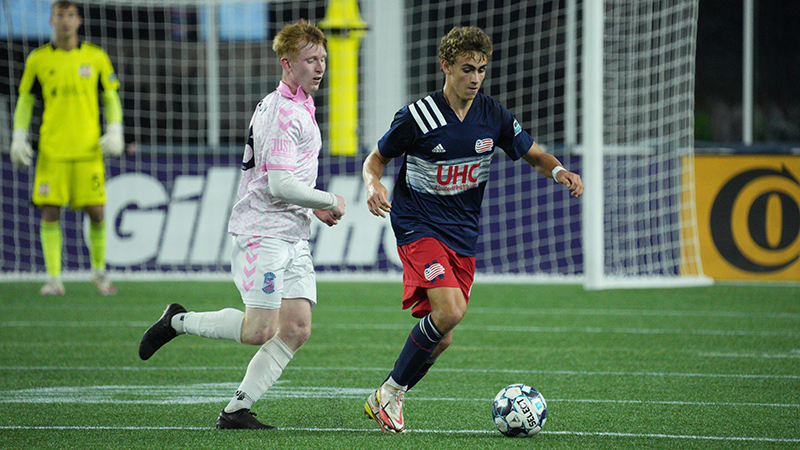 After excelling in his first season as a pro, Noel Buck has joined the New England Revolution as a Homegrown player.

Buck played for NE Revolution II in 2021, signing a pro deal with the USL League One side last June.

“I am extremely excited for the opportunity to sign an MLS contract with my hometown club and am grateful for the confidence of Bruce Arena, Curt Onalfo, Rob Becerra, and the entire staff have shown in me,” Buck said in a press release. “Playing in MLS for the Revolution has been a dream of mine since I joined the Revolution Academy. I want to thank all my Academy coaches and my family for their guidance and support. I look forward to competing hard this preseason.”

During the 2021 League One season, Buck appeared in all 28 games, scoring five goals for Revolution II.

“Noel Buck is a player with very good potential, and we are excited to see how he responds with the challenge of competing and contributing to the first team,” Revolution Sporting Director and Head Coach Bruce Arena said in a press release. “We look forward to working with him in 2022.”

The midfielder becomes the youngest player on the Revolution roster, at 16 years old. He's No. 44 in the 2023 Boys IMG Academy player rankings.