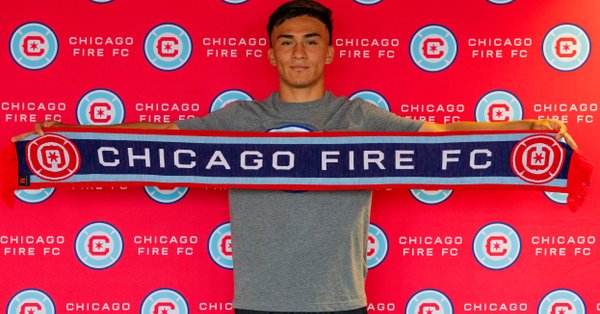 Missael Rodriguez became the latest MLS Academy product to sign a Homegrown deal this week. The 18-year-old has signed with the Chicago Fire, a deal that starts on Jan. 1, 2022.

Part of the Fire Academy since 2017, he is the 21st Homegrown signing in franchise history.

“Missael is a promising young player who has demonstrated strong finishing qualities,” Chicago Fire FC Technical Director Sebastian Pelzer said in a press release. “We are excited to continue helping him develop and to see his qualities improve within the first-team environment.”

Rodriguez scored the game-winning goal to lead Chicago to a 1-0 win at the U19 MLS Next Cup playoffs against Solar SC. He scored eight goals in five matches, capping off a strong season with the U19 squad.

The goal that won the 🏆 for the @ChiFireAcademy U-19s, from golden boot winner Missael Rodríguez. pic.twitter.com/MUfDHj55oR

“It’s a dream come true to sign for my hometown club,” Rodríguez said in a press release. “Thank you to my coaches, family and friends for helping me achieve this goal.”