Roster announced for U15 GNT trip to Europe 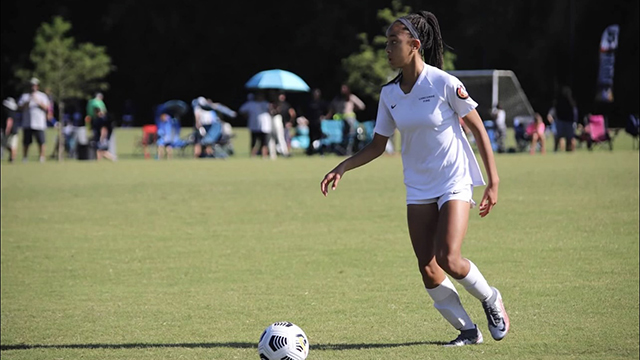 U.S. Under-15 Women’s Youth National Team head coach Katie Schoepfer will bring 20 players to Europe from June 6-16 for friendly matches against the Netherlands and Germany.

This is the third event of 2022 for the U.S. U-15s, but the matches will be the first international games for this age group since summer 2019 after a long pause in programming due to the COVID-19 pandemic.

The USA will face the Netherlands on Friday, June 10 in Schalkhaar, about 70 miles east of Amsterdam, and will travel to Germany for a match on Wednesday, June 15 in Nordhorn, which is just three miles over the Netherlands/Germany border.

The 20 players represent 14 different clubs in 12 different states. Six of the players on the roster are from Dallas-area Solar Soccer Club. Two players are from Legends FC in Southern California.

The most recent international matches for the U-15s, back in 2019, were against Netherlands in the Netherlands. Of the three goals the USA scored in the 2-2 draw and 1-0 victory, one each earlier this month scored three goals for the U.S. U-20 Women’s Youth National Team in two friendly victories against Costa Rica, and forward Alyssa Thompson, who in March helped the USA win the 2022 Concacaf Women’s U-20 Championship and qualify for the 2022 FIFA U-20 Women’s World Cup by scoring three goals with two assists over five matches in the Dominican Republic.