Here is the Players To Watch Team of the Month in July for the Rocky Mountains & Southwest Region (Colorado, Utah, Wyoming, Montana, Arizona, New Mexico, Nevada.

Maikon Orrellana, Real Salt Lake Academy U18 (AZ), Midfielder: Maikon appeared in all 25 of RSL-AZ’s games in the Academy this season, including 23 starts. The midfielder had a solid showing at the Academy Playoffs and Showcase netting 3 goals in the teams 4-0 win over Cal Odyssey. His consistent performance over the season earned him a spot on the Development Academy West Conference Starting XI team. 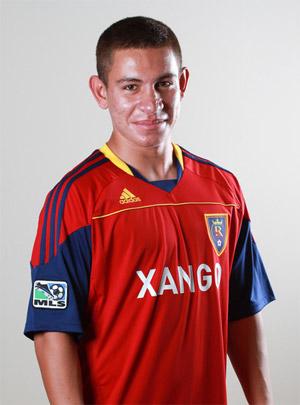 Maikon Orellana
Julio Alarcon, Real Salt Lake Academy U16 (AZ), Defender: Alarcon's solid play throughout the Development Academy Season helped earn his team a number 18 in the Playoffs, spot in the Finals and a position on the U15/16 All-Academy Starting XI team. The defender was the only member of the All-Academy team at Finals Week.

Isaiah Madrid, New Mexico Rush Nike 94 U17 (NM), Forward: The forward scored the game winner with eight minutes to play to earn Rush the Region IV crown and a trip to the US Youth National Championship later this month.

Charles Klepac, New Mexico Rush Nike 94 U17 (NM), Forward: Opened scoring for Rush in the 13 minute in the U17 finals of the Region IV Championships. Rush went on to win the title with a 2-1 victory over La Roca Premier 94.

George Malki, Sereno 92 White U19 (AZ), Winger: Malki returned to play the summer with Sereno after a freshman campaign at Cal Poly. George netted the game winner in the 40th minute of the Region IV Final over EastSide United FC Liverpool to earn his team a chance to play at the National Championships in front of a home crowd.

Lucas Cawley, La Roca Premier FD U17 (UT), Forward: Cawley had a stand out performance in the Region IV championships, leading his team to the Semi-Finals. He has been named to the RSL U17 team that will be playing in the Generations Adidas Cup in Dallas

Sam Hickman, Inter FC 92 Premier, U19 (UT), Winger: Hickman scored a hat trick in the final pool play game of the Region IV tournament, earning Inter FC a 2nd place finish in the group and trip to the Quarterfinals.


Following is the Girls List, in no particular order:

Caitlin Mortensen, Rio Vista FC 94 Eagles U17 (NM), Defender/Midfielder: Earner the Eagles a spot in the Region IV finals after scoring the game winner in her teams 1-0 upset of the Legends of Southern California, the 2010 Region IV runner-up. 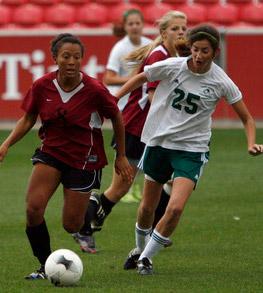 Taylor Ritzman
Josee Jacobbellis, Sereno 98 White U13 (AZ), Forward: Scored her teams only goal in their hard-fought 2-1 loss to Arsenal FC in the finals of the Region IV Championship

Lauren Heap, Real Colorado 92 U19 (CO), Defender: Returning to play the summer with Real Colorado after a successful freshman campaign at Xavier, Heap went on to score 2 goals, including the game winner, in the exciting under 19 Region IV Championship game.

Molly Poletto, Colorado Rush '93 U18 (CO), Goalkeeper: The Utah bound goalkeeper had an excellent showing in the Region IV tournament. Poletto saved the fifth and final shot in Rushs' 5-4 shootout victory over Real So Cal White in the finals, earning her team a trip to Nationals.

Kassandra Anderson, La Roca Premier DC U17 (UT), Forward: Anderson scored five goals and dished out six assists in her teams run through the Region IV President's Cup tournament. She continued her stellar play and went on to score the game winner in the US Youth National Presidents Cup Final match when La Roca beat Chicago's Ajax FC 3-0 to take the crown.

Danica Evans and Morgan Stanton, Colorado Rush Nike 94/95 U16 (CO): Evans scored her first of three goals in the Regional IV Quarterfinal match in the first minute. Evans went on to net 2 more goals before the end of the first half , followed by a goal by Stanton in the ‘56 to lead Rush to the Semifinals with a decisive 4-1 victory over Las Vegas Premier 95 White.

Brianna Toelle, Real Colorado National U16 (CO), Winger: Was one of 2 Real scorers contributing to the team’s 4-1 Regional Quarterfinal victory.