You may not have heard much from them last season, but you will in 2011 thanks to their shiny new recruiting class. Ladies and gentlemen … your Missouri Tigers. 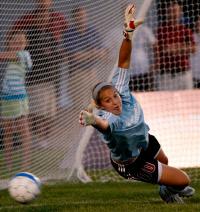 Caroline Stanley
Skinny: This is quietly one of the strongest classes in the country – or maybe not so quietly. Clark is No. 14 in our Top 100 and is just about the best player the Heartland Region has to offer. She’s a very savvy attacking midfielder who has a long list of experience playing for U.S. Youth National Teams. She’s joined by other major recruits Conley (No. 53 on Top 100), Flynn (No. 82) and Stanley (No. 92). Conley is an athletic defender who can really get involved in the attack. She’ll be joined by defenders Randle and Green.

Flynn is a confident attacker who could thrive in Missouri’s offensive system, while Stanley is good enough to compete for the starting goalkeeper job right away. Expect big improvement from the Tigers this season.

UC Santa Barbara
Signed: Miranda Cornejo (So Cal Blues), Haley Guerrero (So Cal Blues), Catherine McFarland (Lonestar SC), Kelly McGrath (Colorado Rush), Indiana Mead (Neusport)
Skinny: This Big West program could be poised fro a breakout after a pretty good offseason. We start with Cornejo, who is one of the standout defenders in the country. Cornejo has put together a great club career, first with the San Diego Surf before joining the So Cal Blues. Ranked No. 51 on our Top 100 List, she is a U.S. Women’s Youth National Team regular and will bring polished technical ability and skill. Then there is Mead, who falls right behind Cornejo on our Top 100 at No. 51. Mead is a smart midfielder who works hard and can be effective with or without the ball. Mead also brings U.S. Soccer experience, which is a plus.

Guerrero is a So Cal teammate of Cornejo’s, while McGrath arrives as an ODP standout and team captain for the Colorado Rush. 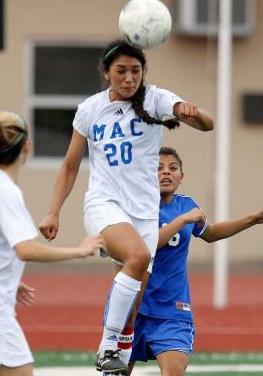 Hovden is a striker with good size who competes in the ECNL and is capable of stepping in to contribute right away. Huggins, of FC Dallas, will also bring offense alongside stellar athletes Rosales and Wilde.

Dabill was the North Dakota state Gatorade Player of the Year in 2010 and a great all around athlete. Midfielder Stainbrook , Krambeer, Trudeau and Walczak will all bring invaluable ECNL playing experience. Not to mention some pretty proven chemistry.
Related: Players To Watch,
Headlines
Club Rankings HQ
View all rankings >>