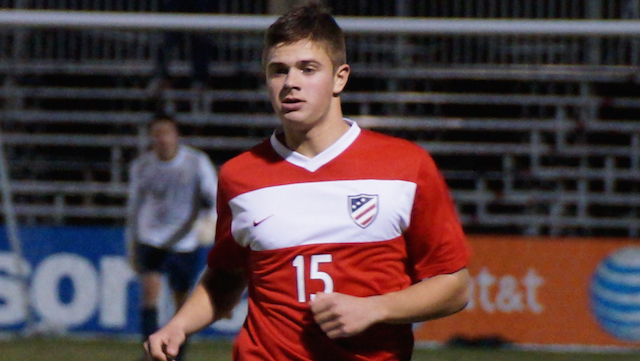 Sierakowski scored a pair of goals for the first-place hunting Fire in the DA, while Murtha scored a hat trick to guide first place Bethesda to yet another resounding victory over the weekend.

The Chicago Fire are well on their way to scything through the Mid-America Division en route to another easy bout with postseason qualification. The only question is whether they catch Shattuck-St. Mary’s and win the entire division or take second place. They’re currently six points adrift with three games in hand, so anything’s possible. Thanks to a rousing 4-0 victory over the Minnesota Thunder over the weekend, bringing SSM to heel is that much more likely. Sierakowski, one of the nation’s most prized 2015 strikers, put two goals past the Thunder en route to a 4-0 victory that helped to close the gap. Michigan State bagged a good one for next season.

There hasn’t been a more productive attacking team in the Ohio Valley Division than Bethesda SC this season. Thanks to a bevy to options in front of goal, the team’s 24 tallies in 26 matches doesn’t have an equal in their division. Nobody’s done more on that front than Murtha, a talented forward with prime Division I prospects. She enjoyed her best day over the weekend against Internationals, with a whopping three goals in a solid 5-2 victory. That brought her season-long tally to 10, as Bethesda looks toward a promising run in the postseason and some hopeful hardware.