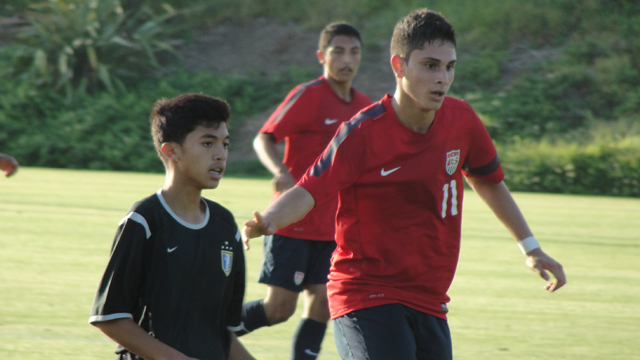 CARSON, Calif. — The U.S. U15 Boys National Team is training at the StubHub Center this week, as it prepares for an international tournament in Mexico in early August and then the beginning of the next Residency Program cycle in September.

There will be 32 players brought into Bradenton, Fla. for the Residency Program (and some spots have already been handed out), but this is a meaningful camp for the majority of the 44-player roster.

Wednesday was the first set of scrimmages for the week, as every healthy player played at least 40 minutes against a couple of local Development Academy sides. The core group of players from the 1998 age group cruised to a 5-0 win over Pateadores in the opening game while the newcomers fought for a 1-1 draw against Real So Cal.

Regulars like Joshua Perez, Daniel Barbir, and Chrisitan Pulisic kept the normal standard for the first team, but there were some surprise performances at the individual level that impressed on the day.