One of the class programs of an annually difficult ACC, this team reached the NCAA Semifinals last season … 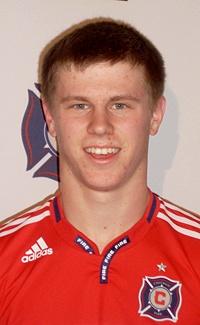 Sam Euler
The Top 100 stars include: Okwuonu (No. 13), Ebanks (No. 18), McCrary (No. 22), Lopez (No. 52), Dodson (No. 57) and Vandermaas-Peter (No. 64). Okwuonu and Ebanks are two of the top defenders in the country, both with a combination of U.S. National Team and international experience. McCrary has similar experience along with some of the smoothest ball skills you’ll find. Lopez, Dodson and Vandermaas-Peeler will bring attacking prowess to a program already loaded and ready to challenge for a national title.

Esposito is a stateside player to be excited about. He’s our No. 18 ranked standout in the New Jersey Region, and is an athletic playmaker with good passing skills in the central midfield.

Wisconsin-Milwaukee
Signings: Julio Alarcon (Real Salt Lake), Alex Megna (FC Milwaukee), Kyle Neumann, Josh Rohde (Elm Grove Soccer Club), Zach Stevenson (Indiana United), Ricardo Velazco (Real Salt Lake)
Skinny: It’s a solid class for the Panthers who picked up a couple Development Academy players as well as guys who had stellar club and high school careers. Alarcorn is a defender who has been in camp with the U.S. National program on more than one occasion. Rohde comes in as a goalkeeper whom the coaching staff knows very well from his time at the Wisconsin-Milwaukee summer camps. He could certainly push for playing time right away.

Stevenson is a left-footed defender who comes from a great program while Velazco is a talented attacking player.

Michigan State
Signings: Fatai Alashe (Vardar Academy), Quinn McAnaney (Chicago Fire), Adam Montague (Pacesetter Club), Kyle Rutz (Derby County Wolves), Blake Skamiera (Vardar Academy)
Skinny: In the interstate battle between Michigan State and Michigan, the Spartans may have earned bragging rights in plucking from the Wolverines family tree. Alashe is the brother of Michigan standout striker Latif Alashe but has decided to plant his roots in the program of a family rival. Like his brother, he has promising physical tools and a lot of potential.

Montague is a goal-scoring striker who likes the big moments of a match while Rutz and Skamiera are both versatile players who could fill more than one need for MSU.
Related: Players To Watch,
Headlines
Club Rankings HQ
View all rankings >>