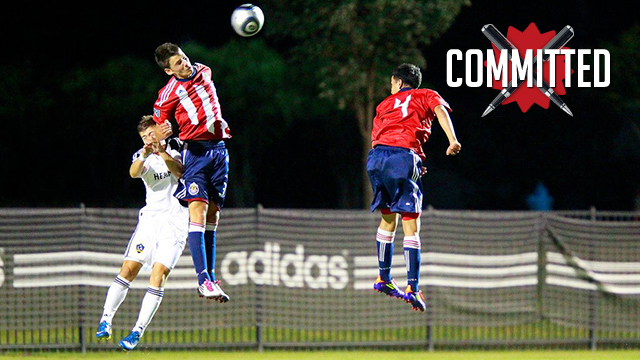 If you’re an attacking player, Brendan Hines-Ike is in your head.

He knows what you’re thinking, what you’re plotting and where you think you’re going. He knows because he’s been there. 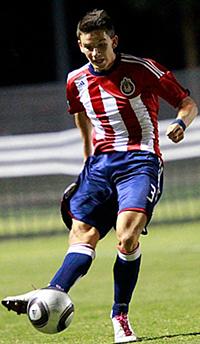 “I used to be a forward, so I always know what forwards are thinking and how they are going to react,” said Hines-Ike, now a Chivas USA central defender. “Having that offensive experience allows me to read the game better overall.”

Off the field, Hines-Ike went on the offensive by signing to Creighton where he’s ecstatic about working with respected coach Elmar Bolowich beginning this fall.

“For me, Creighton is the No. 1 school in the nation,” Hines-Ike said. “The experience and the knowledge of the coaching staff are very important. It will be a privilege to learn and develop under them.”

Hines-Ike’s development has been assisted by the presence of older brother Ian, who played with Brendan some last year while also splitting with the Chivas reserves and representing the U.S. U20 Men's National Team. Ian is a freshman at Seattle University.

“I learned from Ian how to be composed on the ball,” Brendan said. “He would also tell me to relax under pressure situations.”

Opponents can hardly relax when he’s on the field. Given his background, he has no reservation about getting the ball forward and is currently helping guide one of the top teams in the Development Academy.

Oh, and did we mention he reads minds?

Hyman has a diversity of experience, both internationally and through the U.S. Soccer program, and should bring a standout presence to a program entering a new era.

Former Charlotte coach Jeremy Gunn will be entering his first season at Stanford this coming fall, and Hyman represents a building block for the future.

Gabriel Robinson (New York Red Bulls) has signed to Cincinnati for the 2012 season.