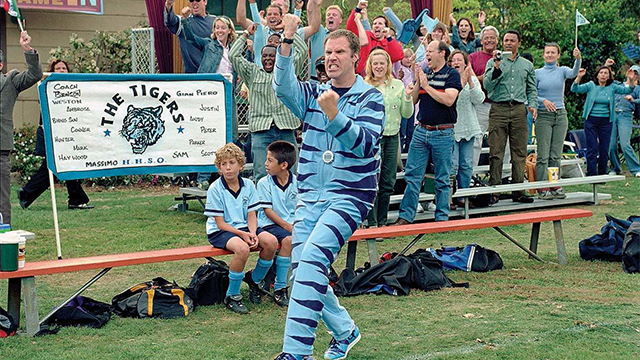 With the coronavirus shutting down soccer around the world, and as players head into lock down, TopDrawerSoccer is highlighting soccer-related books, movies and TV Shows to help.

Please send any of your own recommendations to editor@topdrawersoccer.com and this article will be updated.

The National Team, by Caitlin Murray: A U.S. journalist provides a chronicle of the USWNT (now updated after the 2019 World Cup).

Bring the Noise: The Jurgen Klopp Story, by Raphael Honigstein: If you’ve ever watched a Liverpool game over the past few years, you know who Jurgen Klopp is. This biography from Honigstein, a German journalist and Bundesliga expert, charts his path from mediocre player to one of the best coaches in the world.

Building the Yellow Wall: The Incredible Rise and Cult Appeal of Borussia Dortmund, by Uli Hesse: Certainly more for a niche book, Hesse provides an unparalleled history into the club with arguably the best fan culture in the world.

My Turn: The Autobiography, by Johan Cruyff: Take a look into one of the finest minds to have ever played the game. While there are ample pages of his Dutch stubbornness and “my way or the highway” mentality in the pages, it’s a fascinating read nevertheless.

The Hard Hat: 21 ways to be a great teammate, by Jon Gordon: Not a soccer-specific book, but one recommended by a coach that looks at George Boiardi, a lacrosse player at Cornell University who passed away after getting hit in the chest by a ball during his senior year at the Ivy League program.

Masters of Modern Soccer, by Grant Wahl: The Sports Illustrated journalist speaks to some of the greatest minds in the modern game to gain insight on what helps make them successful.

She’s the Man: Amanda Bynes and Channing Tatum team up in this modern adaptation of Shakespeare’s The Twelfth Night.

Kicking & Screaming: If not exactly a Will Ferrell classic, there are entertaining moments as the comedian takes the reigns of a youth soccer team.

Bend It Like Beckham: The 2002 romantic comedy stars Parminder Nagra and Keira Knightley. Per Wikipedia, it’s the highest-grossing soccer movie of all time. If you’ve never seen it, now is the time.

Goal (Movie Trilogy): I have never watched the Goal movie trilogy, but know that it has a cult following among some soccer fans. Someone has posted the first movie on YouTube in its entirety.

The Big Green: For those with a Hulu subscription, the Disney flick about a ragtag youth soccer team heading onto the field against a superior city team is there for streaming.

Pele: Birth of a Legend: A biographical drama that chronicles the rise of the Brazilian superstar, from the slums of Sao Paulo to Brazil's first World Cup victory.

If you’re a subscriber to Amazon Prime, there are several original series around soccer. There’s Inside Borussia Dortmund, All or Nothing: Manchester City, This is Football and All or Nothing: Brazil National Team to name just a few. If you’re looking for anything else, search for “soccer” in Prime Video.

For the Netflix subscribers out there, soccer documentaries include First Team: Juventus, Sunderland ‘TiI I Die and River, El Más Grande Siempre (a movie on the Argentinian club River Plate).

Major League Soccer is posting several of its full matches on its YouTube page.

Full matches can be accessed at footballia.net.

Searching through YouTube can also yield some success in terms of finding full matches. As an example, the full replay of the 2019 Women’s Division I National Championship is available.