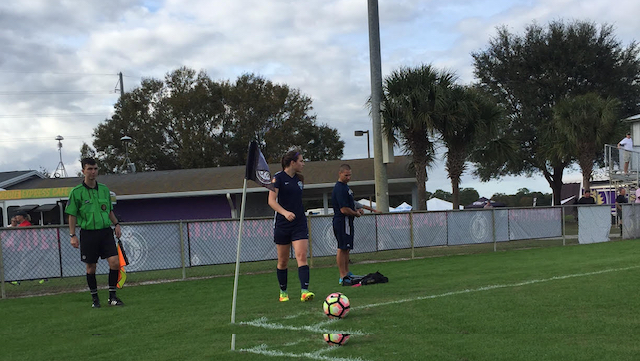 During Day Two’s action, a number of players stood out among the field. Here’s a look at who starred during Thursday’s action at ECNL Orlando.

Read More from ECNL Orlando: Standouts from Day One

Lee Ducharme (Forward/ Orlando City U18/19): The Gainesville Sun’s 2016 Player of the Year was one of the leaders of Orlando City’s offensive fireworks, scoring a goal on her first touch of the game. She also added two shots on goal in her team’s 4-0 victory over East Meadow SC.

Molly von Eschenbach (Defender/ Orlando City U18/19): In addition to her stellar defense during the win, von Eschenbach scored the team’s second goal, and also had another two shots on goal.