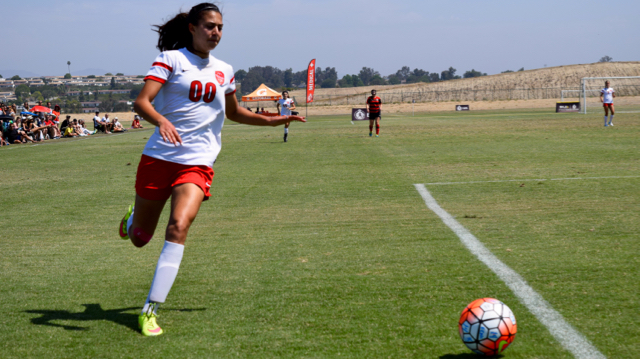 OCEANSIDE, California - The first stage of the ECNL postseason is over. Southern California sides So Cal Blues and Slammers captured the national titles in the U14 and U18 age groups respectively. The U15, U16, and U17 titles will be decided next month after four teams in each age group advanced to the next stage of the competition.

Tuesday’s action featured a number of talented players battling for a chance to keep the dream of a national title alive. Below are the best players from the games that TopDrawerSoccer saw on Tuesday.