Standouts from the U15 BNT Scrimmages 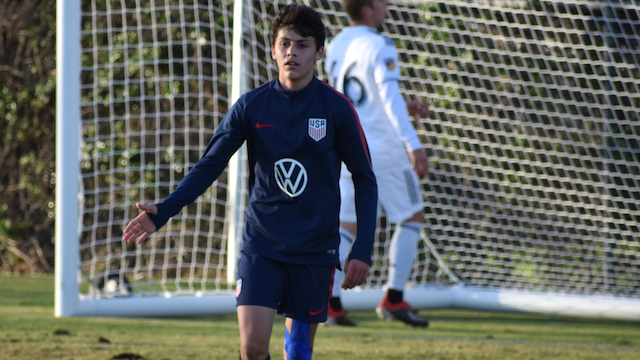 CARSON, California - Despite the loss and draw to the older LA Galaxy Academy on Tuesday, there were still positive signs from the U.S. U15 Boys National Team in the games and in the trajectory for the group for the future.

This team, which consists of players born in 2004, gets their first real taste of international competition this summer with the Concacaf Championship. The regional event is a good jumping off point for the squad, as the top players from the event usually end up as the marquee pieces for the U17 team two years down the road.

February’s camp in Southern California was an ideal time to assess the roster. U.S. Soccer was able to call in a few players based in Europe as well as the top domestic talent (excluding Dantouma Toure who is still recovering from a knee injury suffered in 2018).

Below is a list of players who stood out from both the games plus some of the standouts from the local team.