Takeaways from the 2012 Nike Friendlies 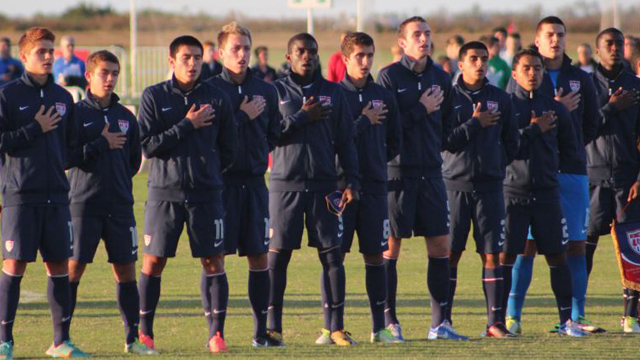 Coming to conclusions about a team after three games is risky business.

But there is plenty that you can learn about the U.S. U17 men’s national team in the wake of last week’s Nike Friendlies.

The results were mixed, as the U.S. defeated Turkey 4-1, lost 4-3 against Portugal, and tied 4-4 against Brazil, in a game that featured goalkeeper errors that allowed the Selacao to equalize.

Regardless of the third place finish of the United States, here are some takeaways from the week in Florida: 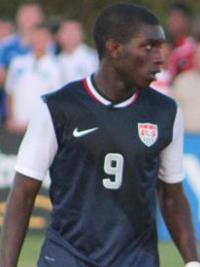 Conceding nine goals in three games is not the recipe for success at an international tournament, and if this were either the U17 World Cup or even CONCACAF qualifying, the defending needs to be much, much sharper.

On numerous occasions, including against all three teams, defenders made simple mistakes, getting pulled out of position to allow the opponent a scoring opportunity. Even in the win against Turkey, it very well could have been a 2-0 early deficit for the U.S., as some sharp goalkeeping from Evan Louro and some poor finishing bailed them out.

Mistakes at this level are going to happen when you have a bunch of young players together. Another facet to the struggles is that the team lacked arguably two of its first team defenders, as Tyler Turner and Tommy Redding continue to miss with various injuries.

What a difference a year makes

A lot changes at this level no matter what, but the high level of turnover between the 2011 and 2012 Nike Friendlies is significant for no other reason than the U17 MNT has a new coach.

Richie Williams wrapped up his first year in charge with the U17s against international by bringing 10 players from last year’s roster that won the competition a year ago.

That kind of development isn’t surprising, as the past year is a chance to tinker and get a look at a variety of lineups. Now, with the World Cup qualifying event in April 2013, the time for experimenting is dwindling and it’s now about getting through the competition.

It’s also been a year since Junior Flores burst on the scene with some dynamic, attacking performances. This time around, the attacker didn’t get as much time, starting against Brazil, before not getting minutes against Turkey and then coming in as a sub and not being able to do much against Portugal.

Goal scoring isn’t an issue, but forward depth is

In theory, there are plenty of attacking options available to Williams, with players like Corey Baird, Junior Flores, Mukwelle Akale, Rubio Rubin, Ahinga Selemani, Wesley Wade and a few others.

And although that is an impressive group of players, at times it looked like the team lacks a true No. 9, a player who can hold the ball up and trouble defenses with his play between the center backs.

Williams has time and the talent to solve this issue, and even if he doesn’t, the team can find enough goals as they proved in Florida.

Is this the year Non-Bradenton Residency players make a qualifying squad?

Three of the players down at the Nike Friendlies weren’t a part of the U17 Residency Academy in Bradenton. In this – what could possibly the final edition of the program – maybe for the first time we could see a player or two called in for either World Cup qualifying or the World Cup itself (assuming the U.S. gets there, of course).

Emerson Hyndman seems like the most likely candidate to achieve that next year, although his inclusion is a long shot, considering it would require the blessings of his club Fulham, where he’s trying to kick-start his professional career.

If Cameron Lindley isn’t invited back to Residency for next January, it would be worth considering him for the final roster, as he has the talent to hold things down in midfield.