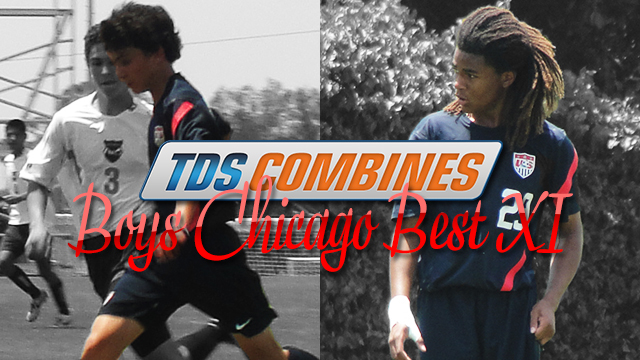 TDS’ third Combine in Chicago showcased 100 of the region’s top players. Players were evaluated in technical and tactical sessions, as well as small sided and full field games. 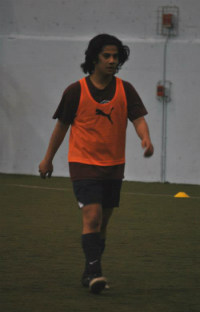 GK Jacob Rooth, Chicago Fire (2015): The #16 rated Goalkeeper in the country put on a show in Chicago. Rooth gobbled up numerous shots throughout the day and set the tone for the other 'keepers at the Combine. Quick and decisive off the line, the one they call “Papa” will continue to get bigger and better.

D Andrew Cosman, New York Red Bulls (2016): The New York Red Bulls’ commitment to their Academy over the past years is starting to pay dividends. Cosman showed his ability to join the attack and whip crosses into the box throughout the Combine. Composed on the ball, and has good size and speed for his age.

D Brian Munoz, Chicago Magic (2014): Chicago Magic defenders stole the show at the Chicago Combine. Munoz is a very confident center back that organizes his backline well. Very strong in the tackle, Munoz looks forward to a good challenge.

D Jesus Perez, Chicago Magic (2016): Perez looked exceptional at center back, particularly considering his age. Has good size for the position, but really impressed with his calmness on the ball and passing ability out of the back. The one they refer to as “Chino” talks and organizes frequently for such a young player, an encouraging sign in a center back prospect. Great one-v-one defender.

D Daniel Giraldo, Chicago Magic (2015): A very attack-minded outside back with the engine and speed to get up and down the line, Giraldo has solid defensive abilities to match his offensive game. Not afraid to get into a tackle and mix it up as well.

MF Brett Uransel, Sockers FC (2015): Very well-rounded player who could probably play in the midfield or along the backline. Solid technical skills and very composed on the ball, Uransel is a versatile player with good potential.

MF Aleksandar Prpa, United FC (2015): Alexi is a very attack-minded player that relishes in being at the center of the action. The buildup is often focused around him, and one can tell that this player enjoys pulling the strings for his team’s attack. Well rounded in all facets of the game, he should excel at the college level.

MF Isaiah Gronholz, Madison FC (2014): Gronholz is a player with a lot of individual skill. Good passer of the ball, and has a great first touch, he could do well at a number of programs across the country.

F Luka Prpa – Chicago Magic, (2016): Prpa is a player with excellent technique and has great composure on the ball. Very creative in the final third, he does well to create dangerous opportunities for his teammates. A solid striker of the ball, and good in front of goal, he scored many quality goals throughout the day.

F Elijah Rice, Chicago Magic (2016): Rice came into the Combine very confident and looking to impress. He did not disappoint.  The #24 ranked prospect showed his incredibly well-balanced technical skill set and understanding of the game. Physically gifted and a clinical finisher, Rice is very productive in front of the goal with both feet. He has enormous upside, and at this rate will probably be at the 2015 U17 World Cup in Chile.

Want to sign up for a future TDS Combine? Check out our summer schedule.