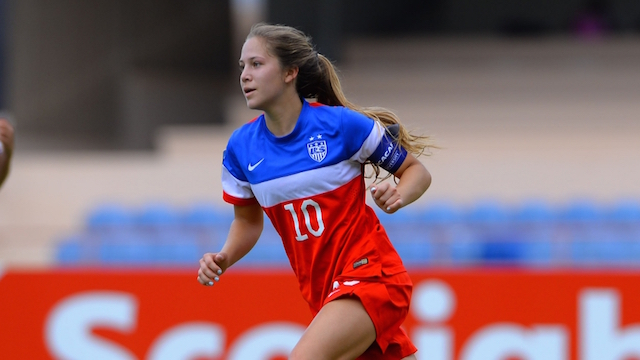 Every recruiting class is different. Each has its quirks, its sleepers, its can’t-miss prospects, its No. 1 commits and its class-winning hauls.
But what each class shares is a top-ranked prospect who’s moved on; sometimes to college, but increasingly often, to professional opportunities elsewhere.

The American player pool is unique in that way, split as it is between an educational track and a more uncertain, crooked avenue toward sometimes fleeting pro minutes. Mallory Pugh’s dalliance with a professional contract with the Portland Thorns proves the landscape for girls players is subtly shifting underfoot.

Each year at TDS, a class ranking for that year is calcified and we move on to another year. But it’s helpful and more than a little instructive to look back on where we are and take stock. In this space, we’ll do just that.

This occasional series represents a glimpse at each of the top-ranked girls players in every currently available class at TDS: from 2015-2019. We’ll analyze periodically their current status, form, where they are in the world and where they might be going.

Without further ado, let’s do some analysis.