Teams to watch at the Girls DA Showcase 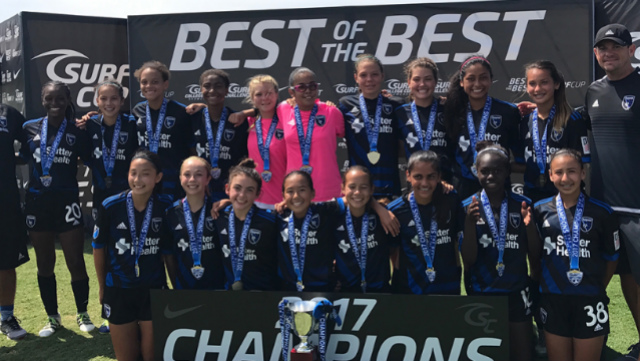 As the Girls Development Academy nears the end of its first season, there are still a plethora of issues to work through.

Lopsided scores dot games around the country, indicating the struggles that the league faces as it goes through early growing pains. Uneven goal differences are also evident by simply glancing through the standings for U15 and U17 teams.

While a varied approach to the launch could’ve yielded a smoother launch this season, the Girls DA heads to its second showcase of the 2017-18 this season. Set to begin on Friday, April 6 in Browns Summit, NC. U14, U15 and U17 sides are slated to make the trip from around the country, providing significant travel challenges for West Coast teams.

Keep an eye on these 15 teams, five per age group, and the teams they face in North Carolina.