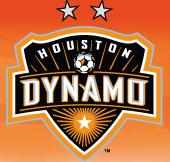 Here is the Players To Watch Team of the Month in July for the Texas region.

Samuel Valadez, Dallas Texans, U14, Forward: Scored 7 goals in 6 games, including 2 in the Region III final verse Houstonians 97 to help the team to their first US Youth National Championship appearance.

Alan Winn, Solar Chelsea ’96, U15, Forward: Totaled 6 goals to lead his team to their first US Youth Regional III Championship including a goal to send the teams Semi-Final game against area rival Dallas Texans into overtime.

Mark Daus, Dallas Texans U19, Defender: After an impressive rookie season with the Santa Clara Broncos, Daus returned to help anchor the defense of his former youth team. Daus had a solid showing in the team’s undefeated run through North Texas State Cup and the US Youth Region III tournament earning him the Most Valuable Player of the Under 19 age group honor.

Moises Hernandez, FC Dallas U18 Academy, Defender: The defender was chosen to the U-17/18 Development Academy Starting XI for the second-consecutive season. One of only two players in the Academy to earn the honor twice.

Jack Coleman, FC Dallas U18 Academy, Defender: The Indiana bound defender was chosen to the U-17/18 Development Academy Starting XI and is heading to Finals Week in Milwaukee with his FC Dallas team.


Following is the Girls List, in no particular order.

Amanda Frisbie, Dallas Texans U19, Defender: Fresh off a successful season with the Portland Pilots, Frisbie returned to her roots as a Dallas Texan to help the team earn a Regional Championship. She netted 4 goals over the 5 game tournament including a game winner goal to beat home town rival Sting 2-1 to earn the Texans a trip to the US Youth National Championships.

{mosimage:150}Shannele Sunderland, Lonestar Red North 96, U15, Forward: Shannele scored a natural hat trick, for a total of 5 goals and 2 wins at the 2011 Houston Shootout.

Danielle Murphy, D’Feeters ’96, U15, Forward/Midfielder: The forward and midfielder played nearly every minute of all 6 games for her team. She finished the US Youth Region III tournament with 1 goal, 1 assist and 1 goal in PKs during the teams Regional Quarterfinal win.

Morgan Rushing, D’Feeters ’96, U15, Goalkeeper: Morgan recorded 5 shutouts, 26 saves and only allowed 1 goal during her teams 6 games US Youth Region III Tournament. Rushing had a very impressive 3 save performance during PKs in the Regional Quarterfinals to advance the D'Feeters to the Semi- Finals.

Emma Heckendorn, Sting ’96, U15, Forward: Ended the US Youth Region III tournament as one of the leading scorers in the u15 age group with 4 goals, and played an intricate role in helping her Sting '96 team earn a trip to the US Youth National Championships in Phoenix, Arizona.

Allison Smith, Lonestar Red ’93, U18, Forward: The future Texas Longhorn lead her team in scoring with 5 goals in the US Youth Region III Tournament.

Makenzie Koch, Dallas Texans Red ’94, U17, Forward: The forward lead the under 17 age group in scoring with 5 goals at the US Youth Region III tournament.