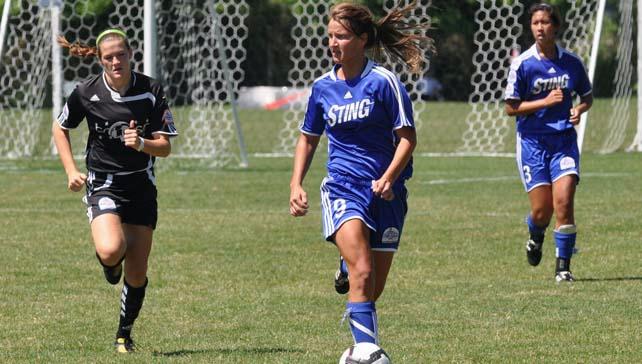 She’s not a demanding star, or a very superstitious one, but the U17 Challenge SC striker has to have her country tunes before a match. It’s her thing.

Beating opponents with her athleticism, is another one of her things. And it’s this talent that has her in the No. 4 spot on our Texas Region 2012 Top 20 List. 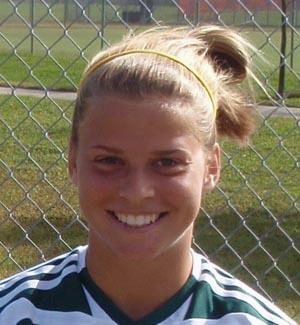 Jordan Hatler
Hatler leads a gifted squad that just recently won two of three games at this past week’s ECNL event in Orlando. Challenge has started promisingly in their Flight Challenge A Division and have their sights set on lofty goals.

“Our goal this year is nationals – we want it so bad!” Hatler said. “Our team is really meshing right now, were playing as a team, and really getting along well and its really showing on the field.”

They say everything is bigger in Texas, and they certainly applies to the club soccer scene.

The talent in the Lone Star state alone donates its products to our U.S. youth national teams and college programs each year.

As you look through the Texas Region Top 20 lists you’ll find too many examples.

On the boys side, Jack Coleman is the No. 1 2011 player as he can control a game from the defensive position.

FC Dallas striker Jonathan Top is really a gifted scorer who began getting love from the U18 U.S. soccer team last year. 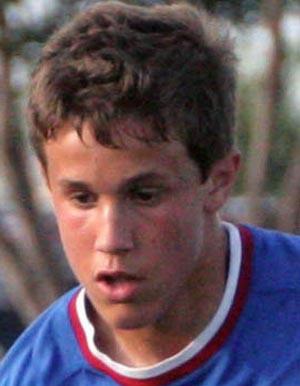 Jack Coleman
By now, just about everyone in Texas knows about Emerson Hyndman, the blooming 2014 FC Dallas player who is finding his way with the Development Academy squad. Still growing physically and otherwise, the U15 Boys National Team player has enormous potential.

And so does Kellyn Acosta, a U17 U.S. National Team member who logs heavy minutes on the back line.

Girls’ standout Chioma Ubogagu sits atop the U18 list. She’s headed to Stanford next season and is one of the fastest players you’ll ever see.

Fellow U18 defender Satara Murray intimidates opposing players from her post on the back line and will surely do the same when she arrives at North Carolina next fall.

U17 midfielder and Notre Dame recruit Glory Williams just pulled off a rare double national title summer a few months back, while young up-and-comers like Haley Pounds, Emily Bates and Michaela Abam are fun to watch.

The PTW regional rankings are being updated much more frequently than before, so be sure to check back for the latest, and send us your college commitments.
Related: Players To Watch,