The best defense in the Dev. Academy: Update 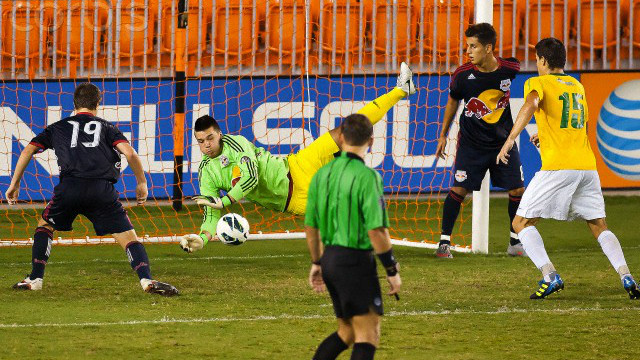 There is something to be gleamed from the best defenses in the Development Academy – all of the ones that rank in the top ten nationally are in the playoff with the exception of IMG U18, which is just outside of the final of the wild card spot. The old adage about defense winning championships seems to hold strong with the elite boys club soccer league run by U.S. Soccer Federation.

In the older age group, Pennsylvania club PA Classics holds the top spot after PDA let in four goals last weekend against Baltimore Bays Chelsea. Georgetown commit Patrick Koscher did most of the damage with a hat trick on the day. That slip up by the PDA defense was enough for Classics to take hold of the title of best defense in the U18 bracket of the league with only a couple of games remaining on the schedule.

The U16 age group has not seen the same drama, as New York Red Bulls have been in firm control of the top spot for most of the season. The MLS Academy has only let in seven goals through 20 games.