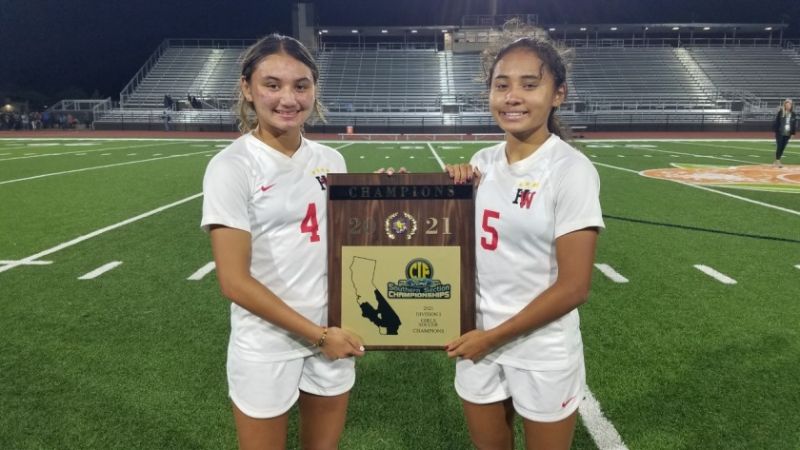 There’s been a lot of attention on US Youth WNT school soccer standouts Alyssa Thompson and Gisele Thompson lately. Gisele, 16, starred for the U17 squad that won the Concacaf Championship in early May. Alyssa, 17, did the same for the U20 side back in March.

And now, that prestige, that notoriety, might just increase. On Monday, the Stanford commits became the first high school athletes in the nation to pen a Name, Image and Likeness deal with Nike, according to a release.

The standout sisters are among the highly-touted prospects in the nation and have starred together while playing for Harvard-Westlake high school in Southern California.

Alyssa is the No. 1 ranked forward in the class of 2023, and was named the Gatorade Player of the Year in 2021. She is currently a part of the Total Futbol academy, where she competes against boys' youth teams in MLS Next. Alyssa was one of only two high school players to be named to the college-dominated US WNT U20 side.

A pacey forward, Alyssa has impressed at youth levels with her dribbling and finishing ability. In her first full high school season, she scored 48 goals and carried Harvard Westlake to a California state championship. That success has only continued on a bigger stage, as she carved out a starting spot for the U20 WNT.

Gisele isn’t far behind. An attacking full back, she’s the no. 1 defender and no. 2 overall player in the class of 2024. Gisele was a crucial part of Natalia Astrain’s U17 side that won the Concacaf Cup in early May, serving as an attacking outlet down the right as the US looked to create overloads on the wings. She’s also a top defender, something she showed by quelling the threat of the Mexico WNT in the final.

The exact details of the NIL deal are unclear, but it’s a long term commitment, the statement said. Although they’re allowed to continue to compete at the club level, Alyssa and Gisele will have to forgo the remainder of their high school careers, per CIF rules.

The sisters will be co-represented by A&V Sports and Everest Talent. AV&V is one of the most well-regarded agencies in women’s soccer, with clients such as Sam Kerr, Ada Hegerberg and Catarina Marcario.