The commitments just keep rolling in, and they’ll continue to until the college season. So we’ll continue to report them, keeping you updated on all the player news from national powerhouse schools, to mid-major programs.

Today, we’ll look specifically at some boys’ announcements that include crucial decisions in both the 2011 and 2012 classes.

Boyd Okwuonu (FC Dallas) made it official on Signing Day – he’s headed to North Carolina. Okwuonu, our No. 13 ranked player in the 2011 Top 100, is easily one of the most coveted defenders in the country and could have a big career in front of him. 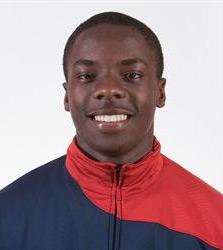 Boyd Okwuonu
Dominic Bonilla (Gwinnett Soccer Association) is heading to defending national champion Akron. Sounds like a pretty good decision for our No. 71 ranked 2011 graduate, a slashing forward who is skilled at creating space and finishing.

“Akron is simply the best possession team in college soccer and they enforce that playing style even against other top teams in the country,” Bonilla said. “Who wouldn’t want to join a team like that?”

Ian Michalak (Tennessee Rush) is heading to UAB for the 2011 season.

Zev Taublieb (Cosmos Academy West) is heading to Valparaiso for the 2011 season. Taublieb is a starting midfielder for his Development Academy team, and has recorded three goals in just four games this season.

Charlie Giovenco (Sockers FC) is heading to Valparaiso for the 2011 season. A key defender for his Sockers FC squad, Giovenco has helped his team start this season undefeated.

Maxxwell Bauman (Pateadores SC) is heading to Sacramento State for the 2011 season. Bauman is a gifted goal scorer who has netted six goals in just 10 games this season.

Donovan Fraser (Albertson SC) has decided to take his talents to Maryland for the 2012 season. Fraser is one of our premier players in the New York region – an athletic striker with a good head on his shoulders. He has helped lead Albertson SC to one of the best starts in their Liberty Division.

Luis Rendon (FC Richmond) is heading to Duke for the 2012 season.

Michael Russo (DC United) is heading to UCF for the 2012 season. Russo is a starting midfielder who has helped his team to a 4-0 start thus far.
Related: Players To Watch,
Headlines
Club Rankings HQ
View all rankings >>