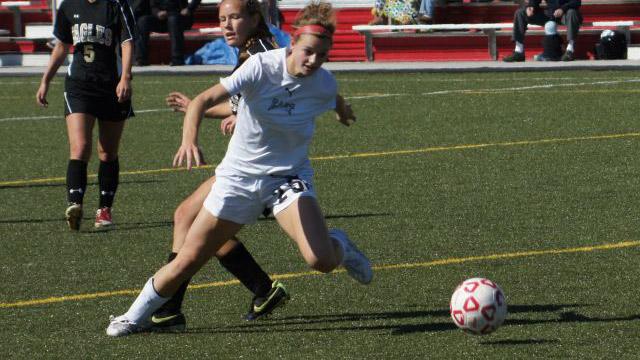 The No. 77 ranked player in the 2012 class, Devereaux made her verbal commitment to the Seawolves, in part, because of that special something that’s hard to describe.

“I fell in love with it the first time I visited,” she Devereaux, a midfielder for Empire United SA. “The coaches are awesome, the program is strong, and it offers many options academically that I am interested in pursuing.”

Devereaux has more than a little of that special “something” in her own game. She has a tireless work rate on the pitch and is always in motion. It’s something she prides herself on, despite her national team credentials and reputation. 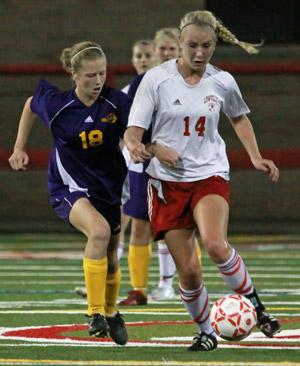 Taylor Haenlin (white)
Stony Brook beat out the likes of Columbia, Syracuse, Connecticut, Binghamton and Dartmouth – which were other programs on her wish list.

Devereaux is joined this week by a talented group of young ladies who have also made college selections.

Fellow New York standout, Taylor Haenlin (No. 16 in the NY Region) has made a verbal commitment to Syracuse. Haenlin had a wish list of mostly East Coast programs that included Georgetown, Boston University and Stony Brook, but she ultimately settled on the Orange.

Chandler Clark (Kings Soccer Academy) has committed to Western Kentucky for the 2012 season.

Holly Hargreaves (Match Fit Academy) has committed to Rice for the 2012 season.

Brittany Entz (Richmond Strikers) has committed to Marshall for the 2012 season after considering such schools as Rice, Cornell and Boston(w) College.

Alex Freeman (East Select Soccer) has elected to stay local by committing to Minnesota for the 2012 season.

Christie Honojosa (Lonestar SC) has signed with Stephen F. Austin. Honojosa is a sturdy winger who has been battle tested by the competitive ECNL.