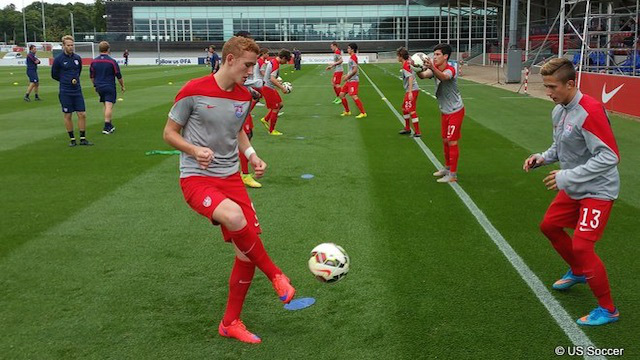 The recruiting landscape among elite boys soccer players is changing. We know this. Fewer players than ever at the top of the food chain are shipping off to college in lieu of professional opportunities that’ve never been closer at hand.

The 2017 boys IMG Top 150 is a clear indicator of this, but it’s still clinging to the college game. A handful of the top 25 - and more as you go outward - are firm college commits with the offseason now just a half a year away. Things will change - they always do - but by and large 2017 probably won’t witness a sea change in the world of elite boys commits.

The next year, though, could be a big one.

Our lens in this week’s IMG Top 150 Spotlight is on that decidedly interesting 2018 boys class. It’s dominated at the top by primary contributing members of the U17 MNT, which just wrapped a massively successful go at the Nike Friendlies in early December. It’s the second cycle in a row to have more than just a handful of genuinely intriguing pro prospects garnering looks not just from MLS but from abroad as well. And a few are already pros.

So what are a few of these learnings we can glean from the next class up to bat after the 2017 class finishes in the summer? Let’s go deep.