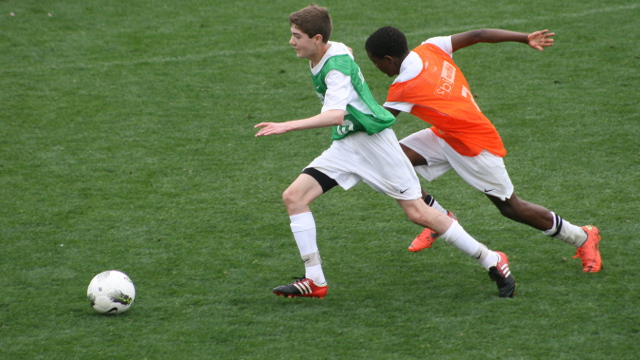 US Club Soccer’s final spring id2 Program Training Camp wrapped up Sunday in Charleston, S.C. The weekend camp provides a glimpse at the future, and TopDrawerSoccer.com identified a few specific names who could end up making an impact several years down the road.

The boys at this camp were for the most part seventh graders, so physical maturity and the skill set that goes along with it was widely varied within the top players in the group. But there were a few who were able to level the playing field and stood out among the crowd (in no particular order).

The attacking midfielder who plays on John Bradford’s U13 squad has not yet reached either 5 feet or 100 lbs, but was the most vocal and commanding presence on the field throughout the weekend. Coach Bradford told TopDrawerSoccer.com, “He’s a special one. He’s intense, to say the least, but I really think in the end, that might be what separates him, in a good way.” Pleasants’ passes rarely missed their mark and he was good at controlling the ball in tight spaces.