Today’s look at signing classes across the country takes us on a tour to all four corners of the U.S.

We start with the women: 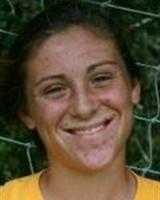 In terms of sheer quality, there may not be a better class in the country than the Cavaliers’ who boast:  No. 30 Lia Bellizzi (Albertson SC), No. 4 Olivia Brannon (Michigan Jaguars FC), No. 1 No. 1 Morgan Brian (Ponte Vedra), No. 16 Danielle Colaprico (PDA), Campbell Millar (Bethesda SC) and No. 58 Kaili Torres (Ponte Vedra). Look out.

A couple of recent announcements include No. 49 Caroline Casey, of Virginia Rush, who is heading to William & Mary for 2011.

Nicole Fischer (Florida Rush) is heading to Florida State for 2012.

Lisha Murphy (Carmel United) is heading to Michigan for 2012.

Jenna Brennan, a 2011 from Boulder Force, has decided to change her commitment to attend California. Brennan was originally scheduled to go to Miami(w) but reevaluated after coaching personnel changes there.

Second-year coach Russell Payne is putting his stamp on the program with an unprecedented class. Feast your eyes on Army’s diverse group of newcomers:

No. 16 Isaiah Trejo (Cal Odyssey) and Shaquille Hamilton (PDA) will join couple of new transfers to the Cardinals.