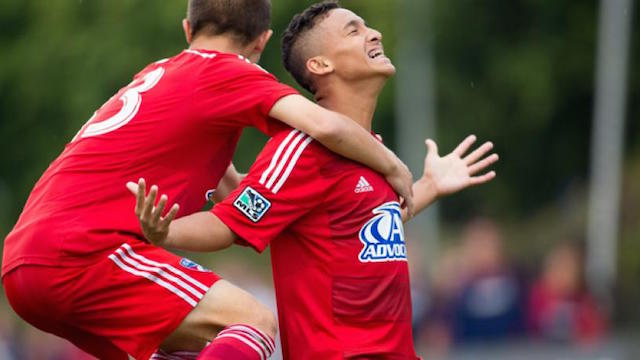 Recruiting season is a perilous time in every sport. But no other NCAA sport’s coaching staffs sweat out their own commits like men’s college soccer coaches.

In reality, the player commitment is only the first half of the bargain. The nation’s top programs then have to sweat out the months (and sometimes years) between the pledge and the first time the recruit steps on campus for his first camp. In between? A perilous set of professional snares threatening to pull that player away for good.

It happens all the time, and recently it’s been happening with increasing frequency. The 2016 boys class featured just six of the top 25 in the IMG Top 150 to follow through with college commitments. Everyone else went pro, and some spurned standing college commitments just months before the start of the season. One even reneged on his pledge weeks before.

So it perhaps goes without saying that the 2017 class is of interest. Will it continue the trend the 2016 class? Or perhaps forge its own path?

Let’s take a look at five of the most intriguing impact boys players currently committed to college programs for the 2017 season. The real struggle might not be hooking the fish. It’s keeping him on the line.